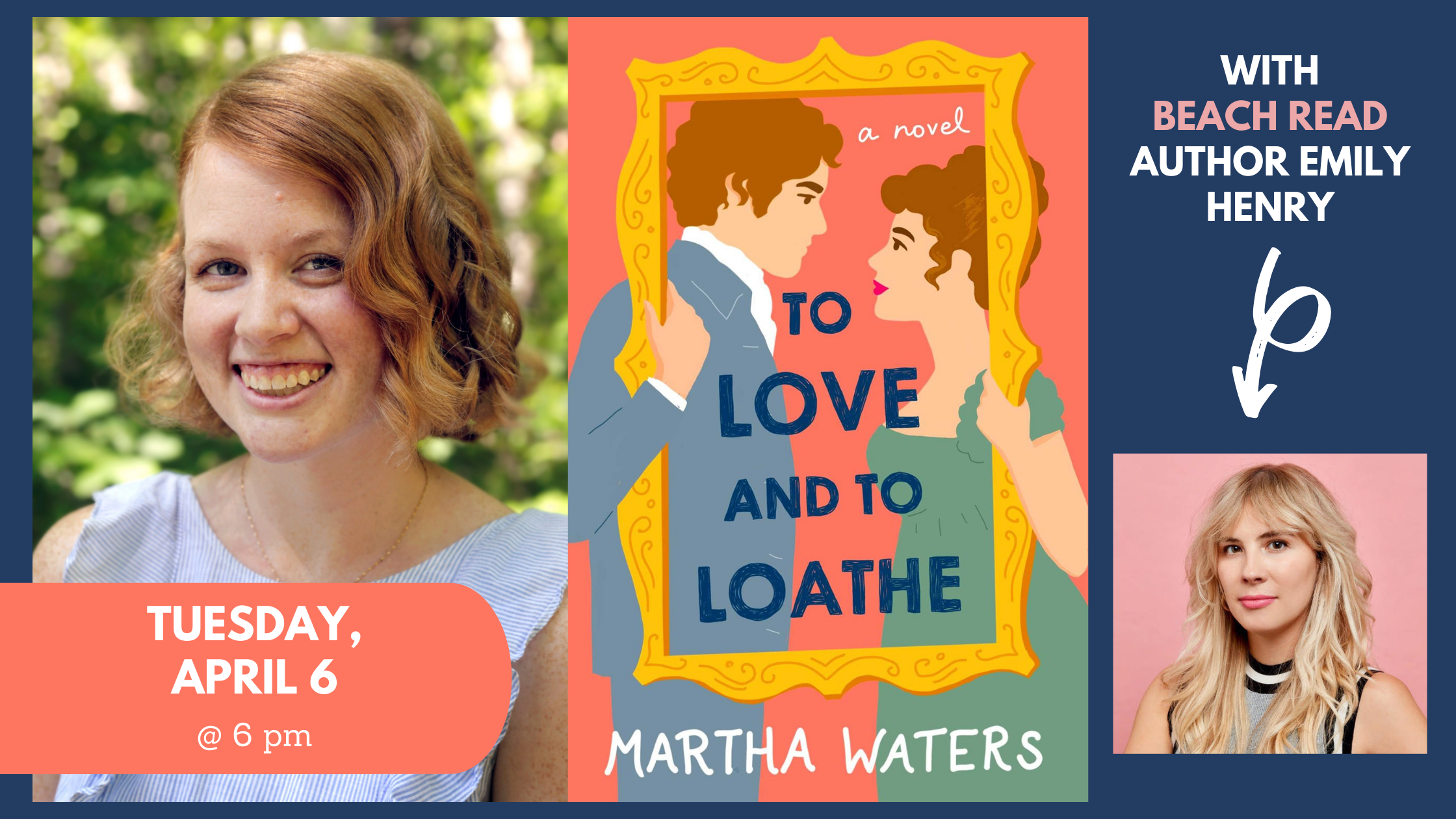 Tuesday, April 6, 2021 - 6:00 pm (click here to register via Crowdcast)
Scroll to the bottom of this webpage to purchase the featured titles. All of Martha's books will be signed by the author.

The widowed Diana, Lady Templeton, and Jeremy, Marquess of Willingham, are infamous among English high society as much for their sharp-tongued bickering as their flirtation. One evening, an argument at a ball turns into a serious wager: Jeremy will marry within the year or Diana will forfeit one hundred pounds. So shortly after, just before a fortnight-long house party at Elderwild, Jeremy’s country estate, Diana is shocked when Jeremy appears at her home with a very different kind of proposition.

After his latest mistress unfavorably criticized his skills in the bedroom, Jeremy is looking for reassurance, so he has gone to the only woman he trusts to be totally truthful. He suggests that they embark on a brief affair while at the house party—Jeremy can receive an honest critique of his bedroom skills and widowed Diana can use the gossip to signal to other gentlemen that she is interested in taking a lover.

Diana thinks taking him up on his counter-proposal can only help her win her wager. With her in the bedroom and Jeremy’s marriage-minded grandmother, the formidable Dowager Marchioness of Willingham, helping to find suitable matches among the eligible ladies at Elderwild, Diana is confident her victory is assured. But while they’re focused on winning wagers, they stand to lose their own hearts.

With Martha Waters’s signature “cheeky charm and wonderfully wry wit” (Booklist, starred review), To Love and to Loathe is another clever and delightful historical rom-com that is perfect for fans of Christina Lauren and Evie Dunmore.

Martha Waters is the author of To Have and to Hoax. She was born and raised in sunny South Florida, and is a graduate of the University of North Carolina at Chapel Hill. She works as a children’s librarian in North Carolina, and spends much of her free time traveling.

Emily Henry writes stories about love and family for both teens and adults. She studied creative writing at Hope College and the New York Center for Art & Media Studies, and now spends most of her time in Cincinnati, Ohio, and the part of Kentucky just beneath it. Find her on Instagram @EmilyHenryWrites.

To Love and to Loathe: A Novel (The Regency Vows #2) (Paperback)

To Have and to Hoax: A Novel (The Regency Vows #1) (Paperback)

People We Meet on Vacation (Paperback)