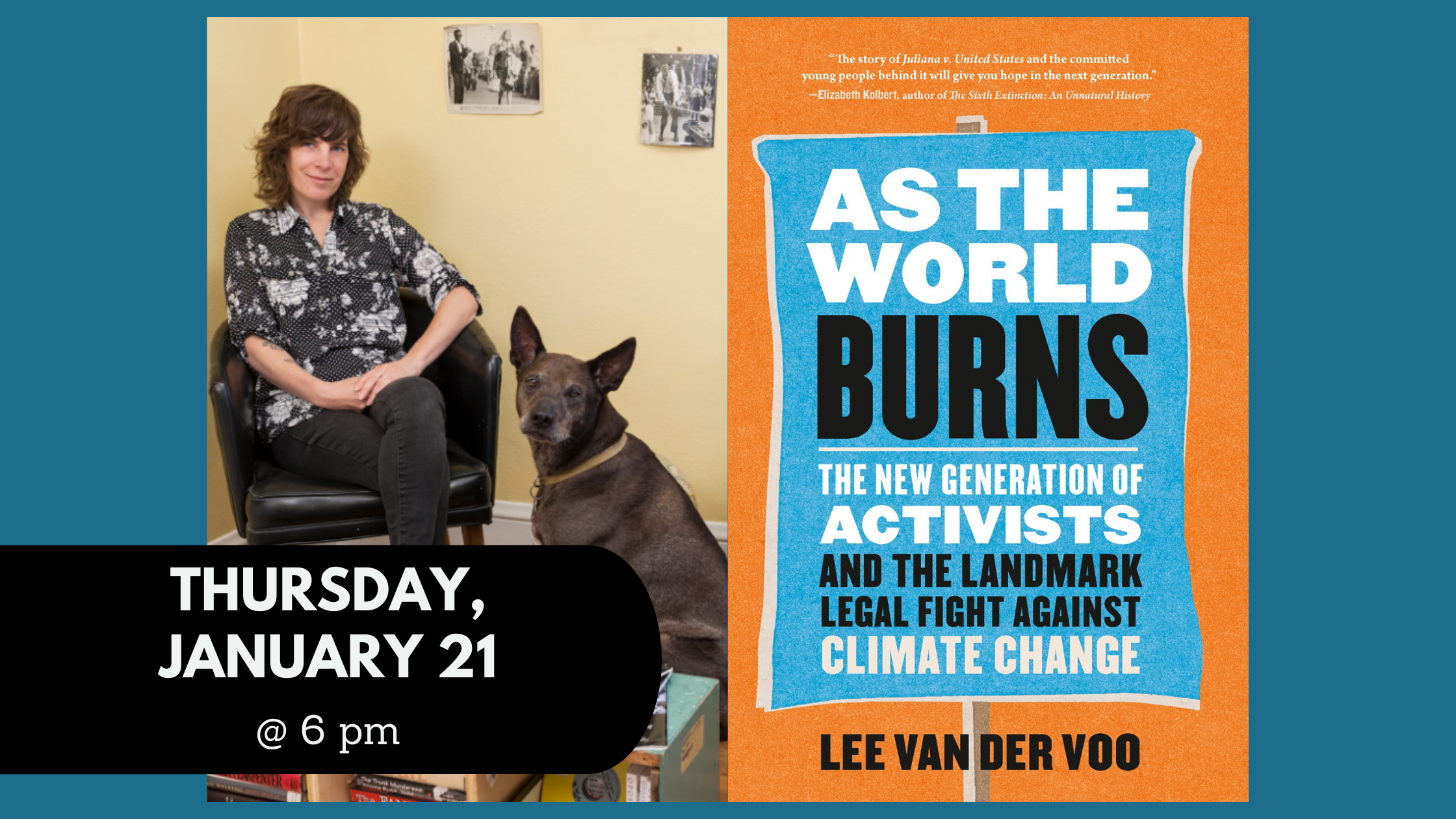 Thursday, January 21, 2021 - 6:00 pm (register via Crowdcast here)
in conversation with Ryke Longest of the Duke Environmental Law and Policy Group

Scroll to the bottom of this webpage to purchase the featured title.

Do our children have a right to inherit a livable planet? Is the government obliged to protect it?

Twenty-one young people from across America have sued the federal government over climate change, charging that actions promoting a fossil fuel economy violate their constitutional rights to life, liberty, and property. Their trial could be the civil rights trial of the century, but the government has used arcane legal tactics to stymie its progress at every turn.

As the World Burns follows the plight of the young plaintiffs, chronicling their legal battle as their childhoods are consumed by another year of drought and wildfire, floods and hurricanes, and the most tumultuous political season in modern history.

The plaintiffs wrenchingly describe personal experiences with recurring “thousand-year” floods, wildfire smoke so thick they can’t ride a bike to school, drought that threatens family farms, and disappearing coastlines that send waves lapping ominously at their doors. Along the way, journalist Lee van der Voo weaves their experience into a broader narrative of America, where politics and policy threaten the very existence of our youth and our way of life. While acknowledgement of climate change seems increasingly optional in an America resistant to inconvenience, what she found was a group of young people who could indeed articulate, not only their own intense fears about the climate impacts already upending their lives, but a clear understanding of how deeply counter-interests were entrenched in their government and society. And how personal that was beginning to feel.

And yet, theirs is ultimately a story of hope.

Lee van der Voo is an award-winning investigative and environmental journalist whose work has appeared in the New York Times, The Atlantic, and The Guardian, among others. Her 2016 book, The Fish Market, which chronicles the gentrification of the sea in the name of sustainable seafood, won an Oregon Book Award for General Nonfiction.

Ryke Longest is the Director of the Environmental Law and Policy Clinic and a Clinical Professor of Law at the Duke University School of Law. Among other achievements, he has worked with youth activists to reduce greenhouse gas emissions from power plants in North Carolina.

As the World Burns: The New Generation of Activists and the Landmark Legal Fight Against Climate Change (Hardcover)

The Fish Market: Inside the Big-Money Battle for the Ocean and Your Dinner Plate (Hardcover)