Flyleaf Books and Carolina Abortion Fund present: Promise author Minrose Gwin, in a discussion of her newest novel. The Accidentals explores issues of race and reproductive rights in the Cold War-era South. Booklist calls it "a sensitive coming-of-age story…saturated with heartbreak but still offering hope.”

Join us for a reading and signing event! 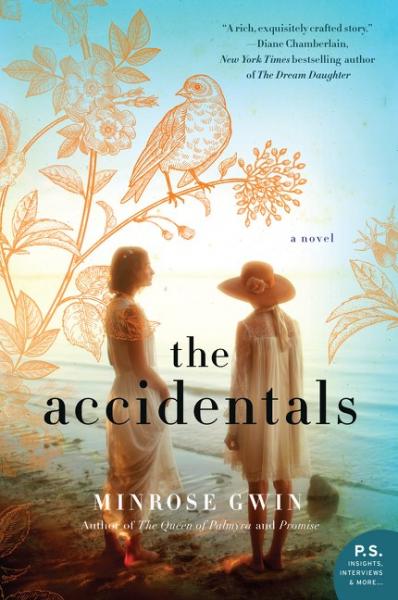 Following the death of their mother from a botched backwoods abortion, the McAlister daughters have to cope with the ripple effect of this tragedy as they come of age in 1950s Mississippi and then grow up to face their own impossible choices —an unforgettable, beautiful novel that is threaded throughout with the stories of mothers and daughters in pre-Roe versus Wade America.

“Life heads down back alleys, takes sharp left turns. Then, one fine day it jumps the track and crashes.”

In the fall of 1957, Olivia McAlister is living in Opelika, Mississippi, caring for her two girls, June and Grace, and her husband, Holly. She dreams of living a much larger life--seeing the world and returning to her wartime job at a landing boat factory in New Orleans. As she watches over the birds in her yard, Olivia feels like an “accidental”—a migratory bird blown off course.

When Olivia becomes pregnant again, she makes a fateful decision, compelling Grace, June, and Holly to cope in different ways. While their father digs up the backyard to build a bomb shelter, desperate to protect his family, Olivia’s spinster sister tries to take them all under her wing. But the impact of Olivia’s decision reverberates throughout Grace’s and June’s lives. Grace, caught up in an unconventional love affair, becomes one of the “girls who went away” to have a baby in secret. June, guilt-ridden for her part in exposing Grace’s pregnancy, eventually makes an unhappy marriage. Meanwhile Ed Mae Johnson, an African-American care worker in a New Orleans orphanage, is drastically impacted by Grace’s choices.

As the years go by, their lives intersect in ways that reflect the unpredictable nature of bird flight that lands in accidental locations—and the consolations of imperfect return.

Filled with tragedy, humor, joy, and the indomitable strength of women facing the constricted spaces of the 1950s and 60s, The Accidentals is a poignant, timely novel that reminds us of the hope and consolation that can be found in unexpected landings. 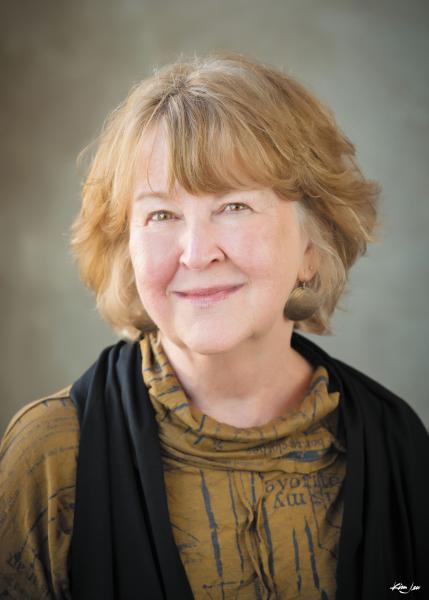 Minrose Gwin is the author of the novels The Queen of Palmyra and Promise, and a memoir, Wishing for Snow. Wearing another hat, she has written four other nonfiction books, including Remember Medgar Evers: Writing the Long Civil Rights Movement. She has taught as a professor at universities across the country, most recently the University of North Carolina, and started her writing career as a newspaper reporter. She lives in Austin, Texas and Albuquerque, New Mexico.

Thanks to the folks at Carolina Abortion Fund for their support of this event!

The Carolina Abortion Fund (CAF) supports North and South Carolinians in navigating financial and logistical barriers to accessing abortion care. CAF is a pro-abortion, queer-affirming, people-first organization working towards a vision of liberated abortion access. CAF works in collaboration with a regional and national network of reproductive health & justice organizations in creating an infrastructure that supports our people in choosing exactly if, when, and how to parent and raise families in joyful environments. You can find out more information about our services and how to support our work at carolinaabortionfund.org.
Event date:
Wednesday, August 21, 2019 - 7:00pm
Event address:
752 Martin Luther King Jr. Blvd.
Chapel Hill, NC 27514

The Accidentals: A Novel (Paperback)

The Queen of Palmyra: A Novel (Paperback)

Wishing for Snow: A Memoir (Paperback)