Ed Tarkington presents THE FORTUNATE ONES, in conversation with Jill McCorkle 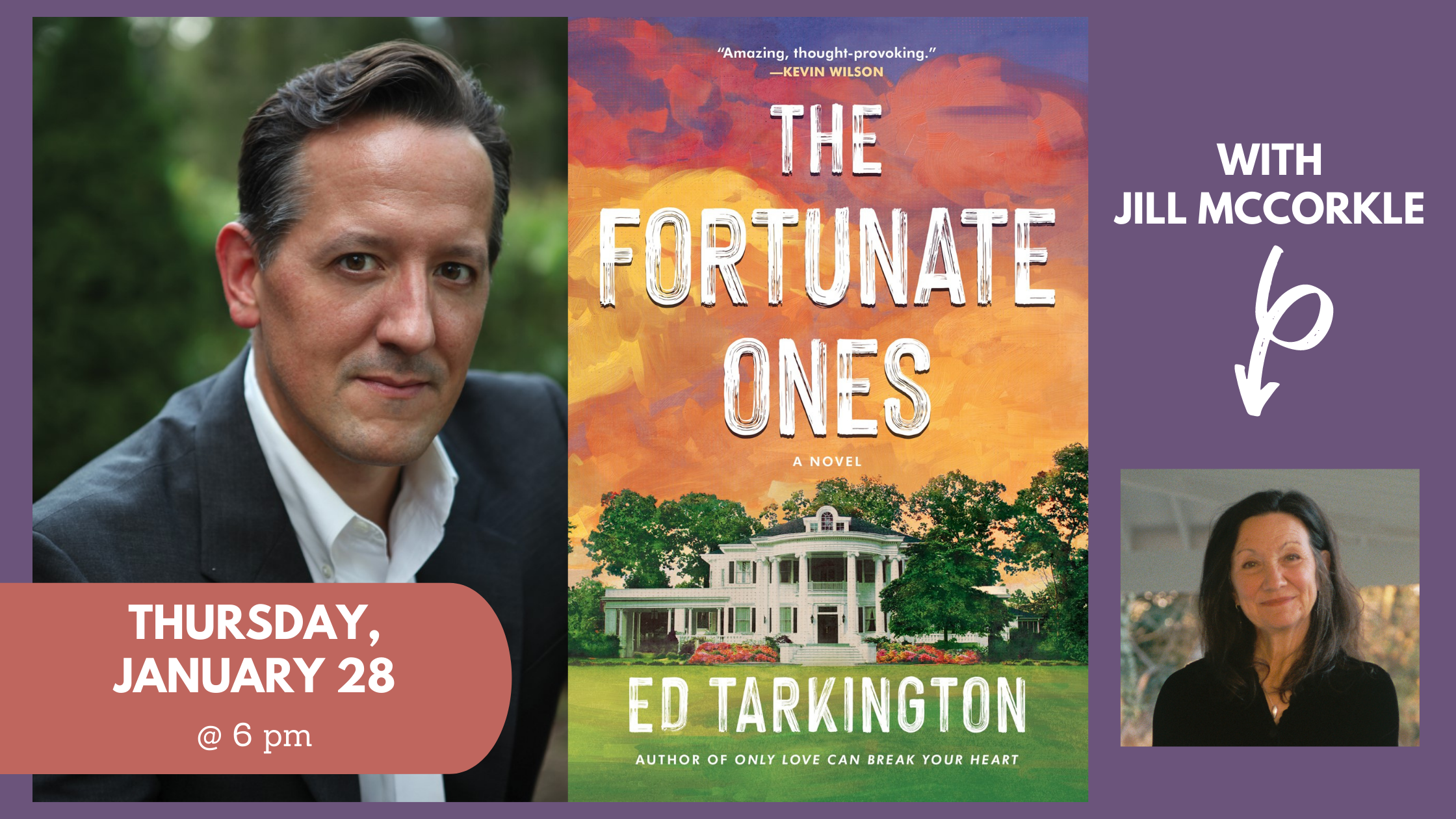 “The Fortunate Ones feels like a fresh and remarkably sure-footed take on The Great Gatsby, examining the complex costs of attempting to transcend or exchange your given class for a more gilded one. Tarkington’s understanding of the human heart and mind is deep, wise, and uncommonly empathetic. As a novelist, he is the real deal. I can’t wait to see this story reach a wide audience, and to see what he does next.” —Paula McLain, author of The Paris Wife

When Charlie Boykin was young, he thought his life with his single mother on the working-class side of Nashville was perfectly fine. But when his mother arranges for him to be admitted as a scholarship student to an elite private school, he is suddenly introduced to what the world can feel like to someone cushioned by money. That world, he discovers, is an almost irresistible place where one can bend—and break—rules and still end up untarnished. As he gets drawn into a friendship with a charismatic upperclassman, Archer Creigh, and an affluent family that treats him like an adopted son, Charlie quickly adapts to life in the upper echelons of Nashville society. Under their charming and alcohol-soaked spell, how can he not relax and enjoy it all—the lack of anxiety over money, the easy summers spent poolside at perfectly appointed mansions, the lavish parties, the freedom to make mistakes knowing that everything can be glossed over or fixed?

But over time, Charlie is increasingly pulled into covering for Archer’s constant deceits and his casual bigotry. At what point will the attraction of wealth and prestige wear off enough for Charlie to take a stand—and will he?

The Fortunate Ones is an immersive, elegantly written story that conveys both the seductiveness of this world and the corruption of the people who see their ascent to the top as their birthright.

Ed Tarkington’s debut novel Only Love Can Break Your Heart was an ABA Indies Introduce selection, an Indie Next pick, a Book of the Month Club Main Selection, and a Southern IndependentBooksellers Association bestseller. A regular contributor to Chapter16.org, his articles, essays, and stories have appeared in a variety of publications including the Nashville Scene, Memphis Commercial Appeal, Knoxville News-Sentinel, and Lit Hub. He lives in Nashville, Tennessee.

The Fortunate Ones (Hardcover)

Only Love Can Break Your Heart: A Novel (Paperback)