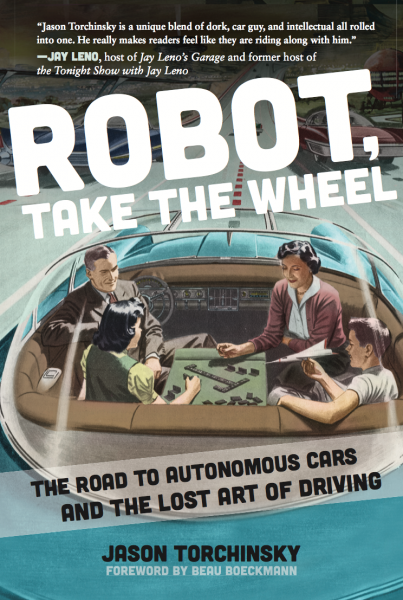 Self-driving cars sound fantastical and futuristic and yet they'll soon be on every street in America. Whether it's Tesla's Autopilot, Google's Waymo, Mercedes's Distronic, or Uber's 24,000 modified Volvos, companies across industries and throughout the world are developing autonomous cars. Even Apple, not to be outdone, is rumored to be creating its own technology too.

In Robot, Take the Wheel, Jason Torchinsky explores the state of the automotive industry. Through wit and wisdom, he explains why autonomous cars are being made and what the future of automated cars is. Torchinsky encourages us to consider autonomous cars as an entirely new machine, something beyond cars as we understand them today. He considers how we'll get along with these robots that will take over our cars' jobs, what they will look like, what sorts of jobs they may do, what we can expect of them, how they should act, ethically, how we can have fun with them, and how we can make sure there's still a place for those of us who love to drive with manual or automatic transmission. 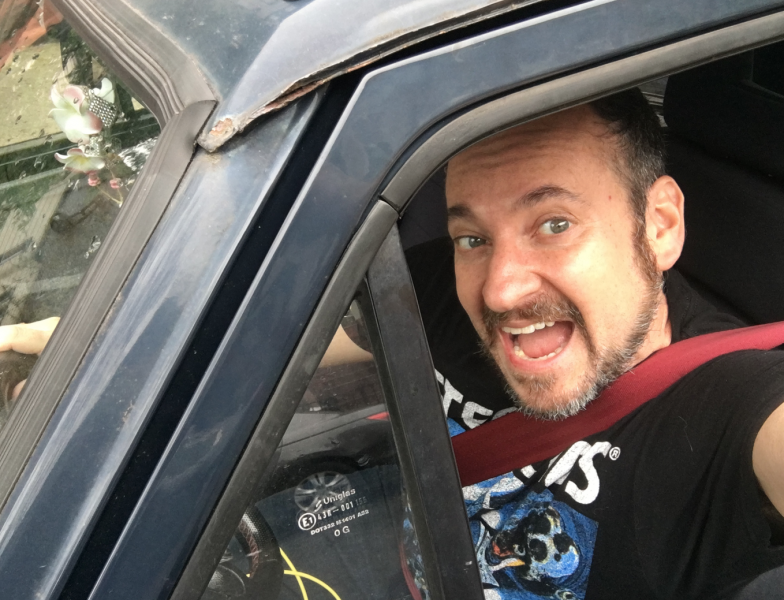 This unique and highly readable volume is brimming with industry insider information and destined to be a conversation starter. It's a must-have for car lovers, technology geeks, and everyone who wants to know what's on the road ahead.

Jason Torchinsky is the senior editor of Jalopnik, a cutting-edge news and opinion website about cars and technology, and has written for a wealth of other publications such as Boing Boing, Make, and Mother Jones. Torchinsky is a producer of Jay Leno's Garage, which he's guest starred on, and the star of his own show, Jason Drives, which features Torchinsky driving obscure cars and has had millions of views on social media. Torchinsky is also a stand-up comedian, an artist whose work has exhibited around the world, and the coauthor of Ad Nauseam. Torchinsky lives in Chapel Hill, NC.
Event date:
Tuesday, June 4, 2019 - 7:00pm
Event address:
752 Martin Luther King Jr. Blvd.
Chapel Hill, NC 27514

Robot, Take the Wheel: The Road to Autonomous Cars and the Lost Art of Driving (Hardcover)