Join us for a celebration of Luli Gray, featuring a discussion of her writing life and a reading of her posthumously published picture book, The Pear Tree.

In this folktale retold, Esperanza gives her very last pear to a beggar and is rewarded with the best pear crop she’s ever had—and the power to ensnare anyone she wants in her tree. When Señor Death comes for her, Esperanza tricks him into climbing her tree, where he becomes stuck, unable to come down and do his work. From that point on, no one dies. But when Esperanza learns that her friend in the next town is 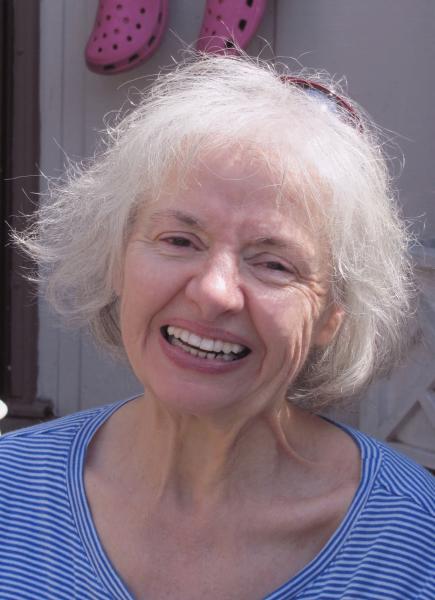 suffering terribly, she realizes that the end of death doesn’t mean the end of suffering and agrees to let Señor Death down from her tree. The final work by legendary children’s author Luli Gray with an afterword by the publisher that explains why Gray changed the story to include hope.

Luli Gray (1945-2017) was born In Buenos Aires to a family of writers and readers. As an adult, she traveled extensively in Europe and Latin America, working as a barmaid, housemaid, cook, actress and singer, before becoming a food writer in Greenwich Village. Her first novel, Falcon's Egg, was an ALA Notable. She settled in North Carolina and published five more books before her last illness and her posthumous picture book, The Pear Tree.