Offsite Event at Cat's Cradle: Ross Mathews presents Name Drop, a collection of hilarious and irreverent essays about his experience with Hollywood’s most talked-about celebrities 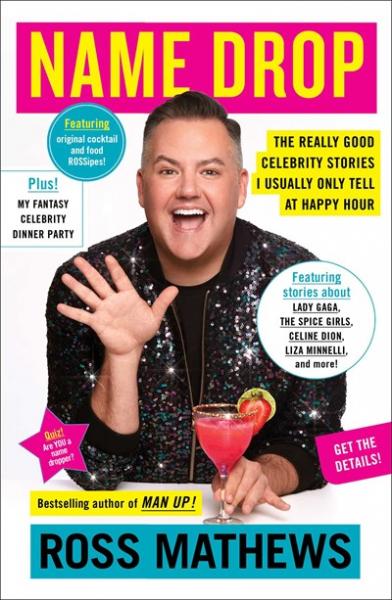 Television personality Ross Mathews likes telling stories. He was always outrageous and hilariously honest, even when the biggest celebrity he knew was his favorite lunch lady in the school cafeteria. Now that he has Hollywood experience—from interning behind the scenes at The Tonight Show with Jay Leno to judging RuPaul’s Drag Race—he has a lot to talk about.

In Name Drop, Ross dishes about being an unlikely insider in the alternate reality that is showbiz, like that time he was invited by Barbara Walters to host The View—only to learn his hero did not suffer fools; his Christmas with the Kardashians, which should be its own holiday special; and his news-making talk with Omarosa on Celebrity Big Brother, which, as it turns out, was just the tip of the iceberg. Holding nothing back, Ross shares the most treasured and surprising moments in his celebrity-filled career, and proves that while exposure may have made him a little bit famous, he is still as much a fan boy as ever.

Filled with tales ranging from the horrifying to the hilarious—and with just the right “Rossipes” and cocktails to go along with them—Name Drop is every pop culture lover’s dream come true.

Ross Mathews is one of the most in-demand television personalities and pop culture experts in entertainment today. He is a judge on the Emmy Award–winning show RuPaul’s Drag Race, the bestselling author of Man Up!: Tales of My Delusional Self-Confidence, and the host of the weekly pop culture podcast Straight Talk with Ross Mathews. Named one of LA Weekly’ best drag brunches in LA, Mathews’ Dragtastic Bubbly Brunch, a weekly brunch event launched in 2018, featuring top Drag Queens from “Drag Race,” and sometimes a special appearance by Ross himself. Since then the brunches have traveled across 12 cities in the United States including LA, Chicago, New York, and Seattle to name a few. He lives in Los Angeles and Palm Springs. https://www.helloross.com/