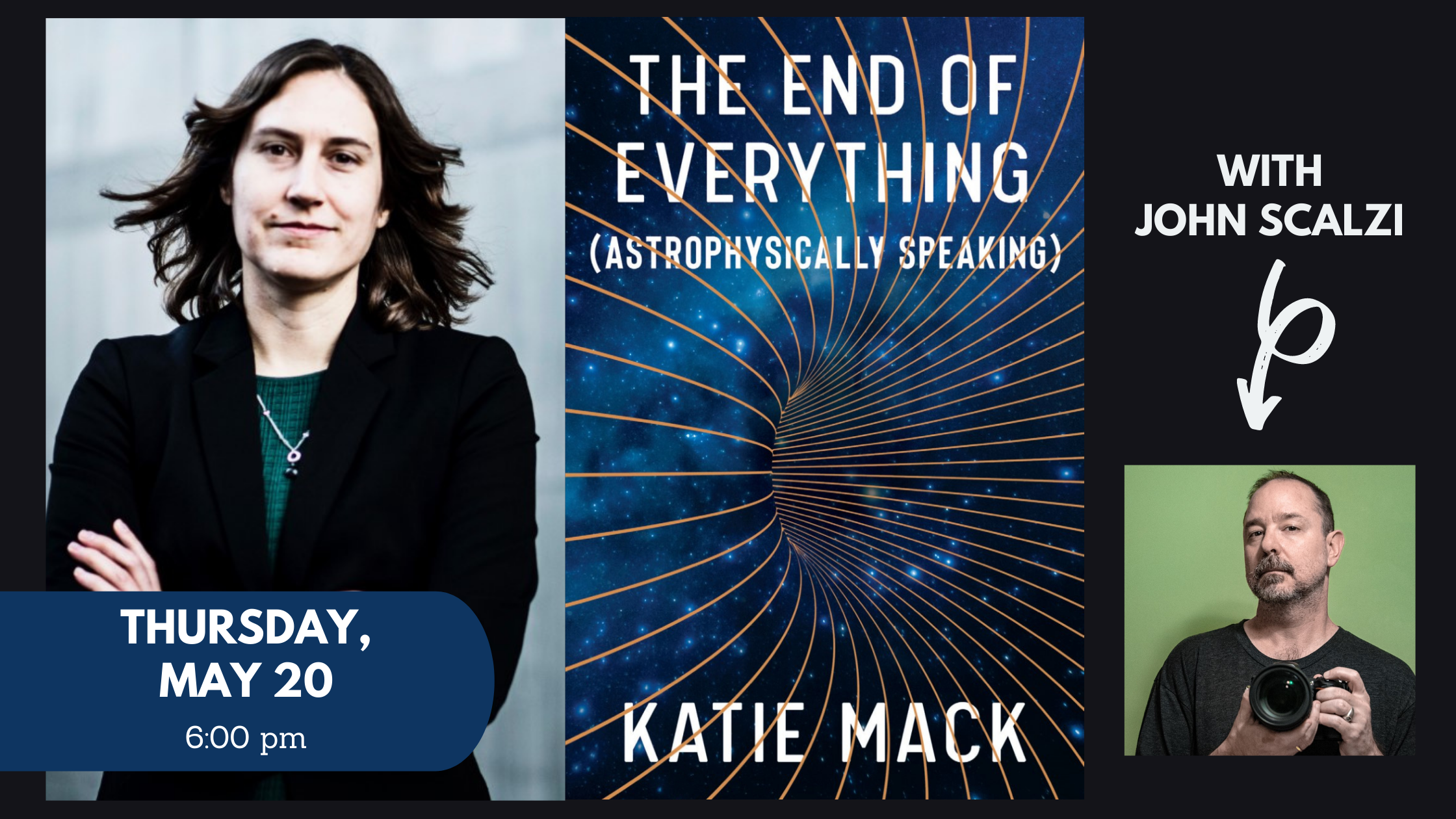 From one of the most dynamic rising stars in astrophysics, an “engrossing, elegant” (The New York Times) look at five ways the universe could end, and the mind-blowing lessons each scenario reveals about the most important concepts in cosmology.

We know the universe had a beginning. With the Big Bang, it expanded from a state of unimaginable density to an all-encompassing cosmic fireball to a simmering fluid of matter and energy, laying down the seeds for everything from black holes to one rocky planet orbiting a star near the edge of a spiral galaxy that happened to develop life as we know it. But what happens to the universe at the end of the story? And what does it mean for us now?

Dr. Katie Mack has been contemplating these questions since she was a young student, when her astronomy professor informed her the universe could end at any moment, in an instant. This revelation set her on the path toward theoretical astrophysics. Now, with lively wit and humor, she takes us on a mind-bending tour through five of the cosmos’s possible finales: the Big Crunch, Heat Death, the Big Rip, Vacuum Decay (the one that could happen at any moment!), and the Bounce. Guiding us through cutting-edge science and major concepts in quantum mechanics, cosmology, string theory, and much more, The End of Everything is a wildly fun, surprisingly upbeat ride to the farthest reaches of all that we know.

Dr. Katie Mack is a theoretical astrophysicist, exploring a range of questions in cosmology, the study of the universe from beginning to end. She is currently an assistant professor of physics at North Carolina State University, where she is also a member of the Leadership in Public Science Cluster. She has been published in a number of popular publications, such as Scientific American, Slate, Sky & Telescope, Time, and Cosmos magazine, where she is a columnist. She can be found on Twitter as @AstroKatie.

The End of Everything: (Astrophysically Speaking) (Paperback)

Lock In: A Novel of the Near Future (Mass Market)