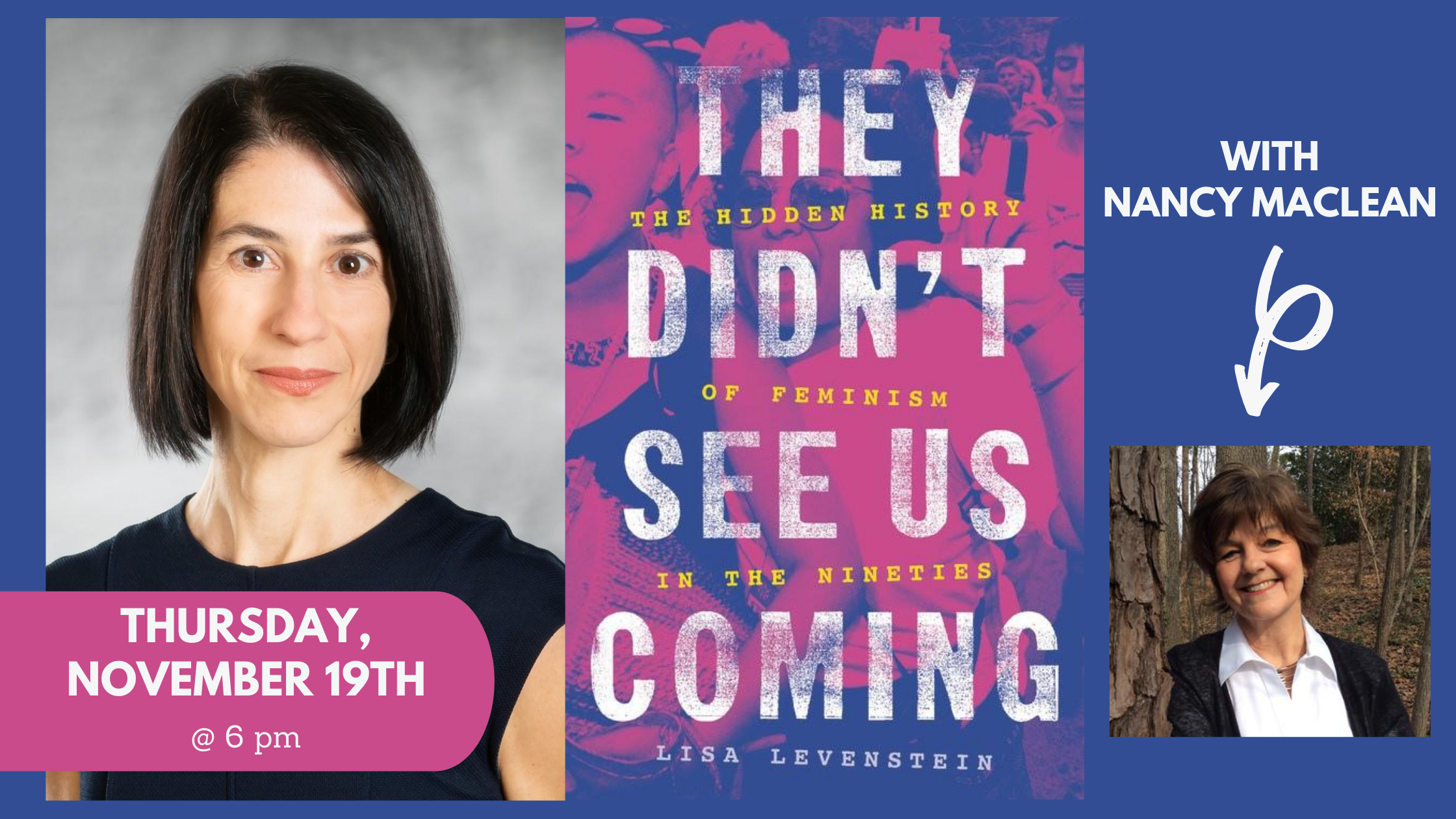 From an award-winning scholar, a vibrant portrait of a pivotal moment in the history of the feminist movement

From the declaration of the "Year of the Woman" to the televising of Anita Hill's testimony, from Bitch magazine to SisterSong's demands for reproductive justice: the 90s saw the birth of some of the most lasting aspects of contemporary feminism. Historian Lisa Levenstein tracks this time of intense and international coalition building, one that centered on the growing influence of lesbians, women of color, and activists from the global South. Their work laid the foundation for the feminist energy seen in today's movements, including the 2017 Women's March and #MeToo campaigns.

A revisionist history of the origins of contemporary feminism, They Didn't See Us Coming shows how women on the margins built a movement at the dawn of the Digital Age.

Lisa Levenstein is the Director of the Women's, Gender, and Sexuality Studies Program and an Associate Professor of History at UNC Greensboro. Her first book, A Movement Without Marches, won the Kenneth Jackson Book Award. She lives in Chapel Hill, NC.

Nancy MacLean is an award-winning scholar of the twentieth-century U.S., whose most recent book, Democracy in Chains: The Deep History of the Radical Right’s Stealth Plan for America, has been described by Publishers Weekly as “a thoroughly researched and gripping narrative… [and] a feat of American intellectual and political history.” A finalist for the National Book Award in Nonfiction, it won the Los Angeles Times Book Prize in Current Interest, the Lannan Foundation Cultural Freedom Award, and the Lillian Smith Book Award. MacLean is the author of four other books, including Freedom is Not Enough: The Opening of the American Workplace (2006) called by the Chicago Tribune "contemporary history at its best,” and Behind the Mask of Chivalry: The Making of the Second Ku Klux Klan, named a New York Times "noteworthy" book of 1994. She is a William H. Chafe Distinguished Professor of History and Public Policy at Duke University.

They Didn't See Us Coming: The Hidden History of Feminism in the Nineties (Hardcover)

Democracy in Chains: The Deep History of the Radical Right's Stealth Plan for America (Paperback)

A Movement Without Marches: African American Women and the Politics of Poverty in Postwar Philadelphia (Paperback)