Go-Go's bassist Kathy Valentine reflects on a life in music in ALL I EVER WANTED, in conversation with Jon Wurster (Superchunk)

in conversation with Jon Wurster (Superchunk) 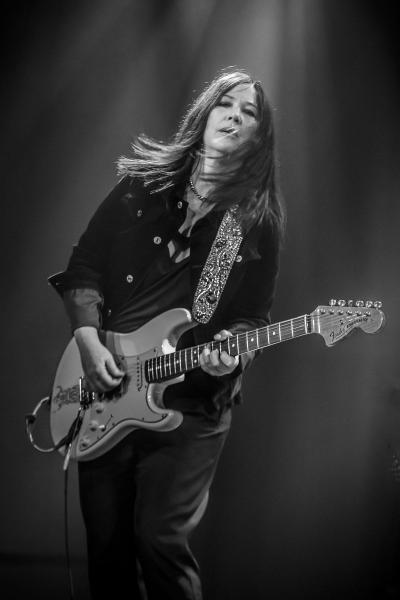 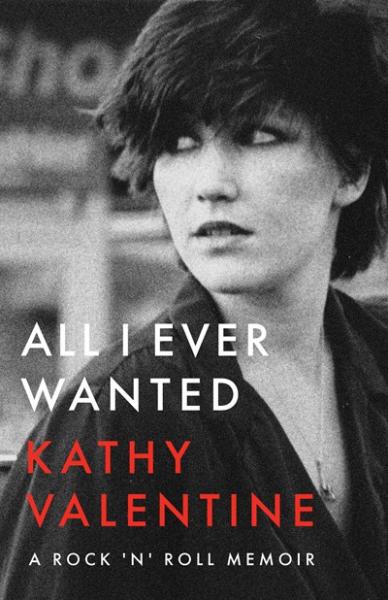 At twenty-one, Kathy Valentine was at the Whisky in Los Angeles when she met a guitarist from a fledgling band called the Go-Go’s—and the band needed a bassist. The Go-Go’s became the first multi-platinum-selling,  all-female  band  to  play  instruments  themselves,  write their own songs, and have a number one album. Their debut, Beauty and the Beat, spent six weeks at the top of the Billboard 200 and  featured  the  hit  songs  “We  Got  the  Beat”  and  “Our  Lips  Are  Sealed.”  The  record’s  success  brought  the  pressures  of  a  relentless  workload and schedule culminating in a wild, hazy, substance-fueled tour that took the band from the club circuit to arenas, where fans, promoters, and crew were more than ready to keep the party going.

For Valentine, the band’s success was the fulfillment of a lifelong dream—but it’s only part of her story. All I Ever Wanted traces the path that took her from her childhood in Texas—where she all but raised herself—to the height of rock n’ roll stardom, devastation after the collapse of the band that had come to define her, and the quest to regain her sense of self after its end. Valentine also speaks candidly about the lasting effects of parental betrayal, abortion, rape, and her struggles with drugs and alcohol—and the music that saved her every step of the way. Populated with vivid portraits of Valentine’s interactions during the 1980s with musicians and actors from the Police and Rod Stewart to John Belushi and Rob Lowe, All I Ever Wanted is a deeply personal reflection on a life spent in music.

Kathy  Valentine  is  a  working  musician  and  songwriter  known  for  being part of the all-female band the Go-Go’s. She wrote or cowrote many of the band’s most renowned songs, including “Vacation” and “Head Over Heels.” In addition to playing music and writing songs, Valentine has worked as an actor, public speaker and spokesperson, and producer. In 2017 she created “She Factory,” an event series to raise money for women-centered nonprofits. She currently lives in her hometown of Austin with her daughter, where she plays in a band and is completing her first college degree.

Jon Wurster has been the drummer for Chapel Hill indie rock legends Superchunk since 1991. He's also the man behind the kit for the Mountain Goats and punk-pop pioneer Bob Mould. Though he barely graduated high school, Wurster has written articles for McSweeney's, Rolling Stone, The Village Voice, Modern Drummer, Spin and other publications. Wurster has written for TV shows like Monk, Tim and Eric's Awesome Show, Great Job! and Squidbillies and his voice can be heard in episodes of The Simpsons, Steven Universe, Documentary Now!, Adventure Time as well as audiobooks by Chuck Klosterman and Michael Azerrad. Wurster is one half of the radio/podcast comedy team Scharpling and Wurster.

All I Ever Wanted: A Rock 'n' Roll Memoir (Hardcover)