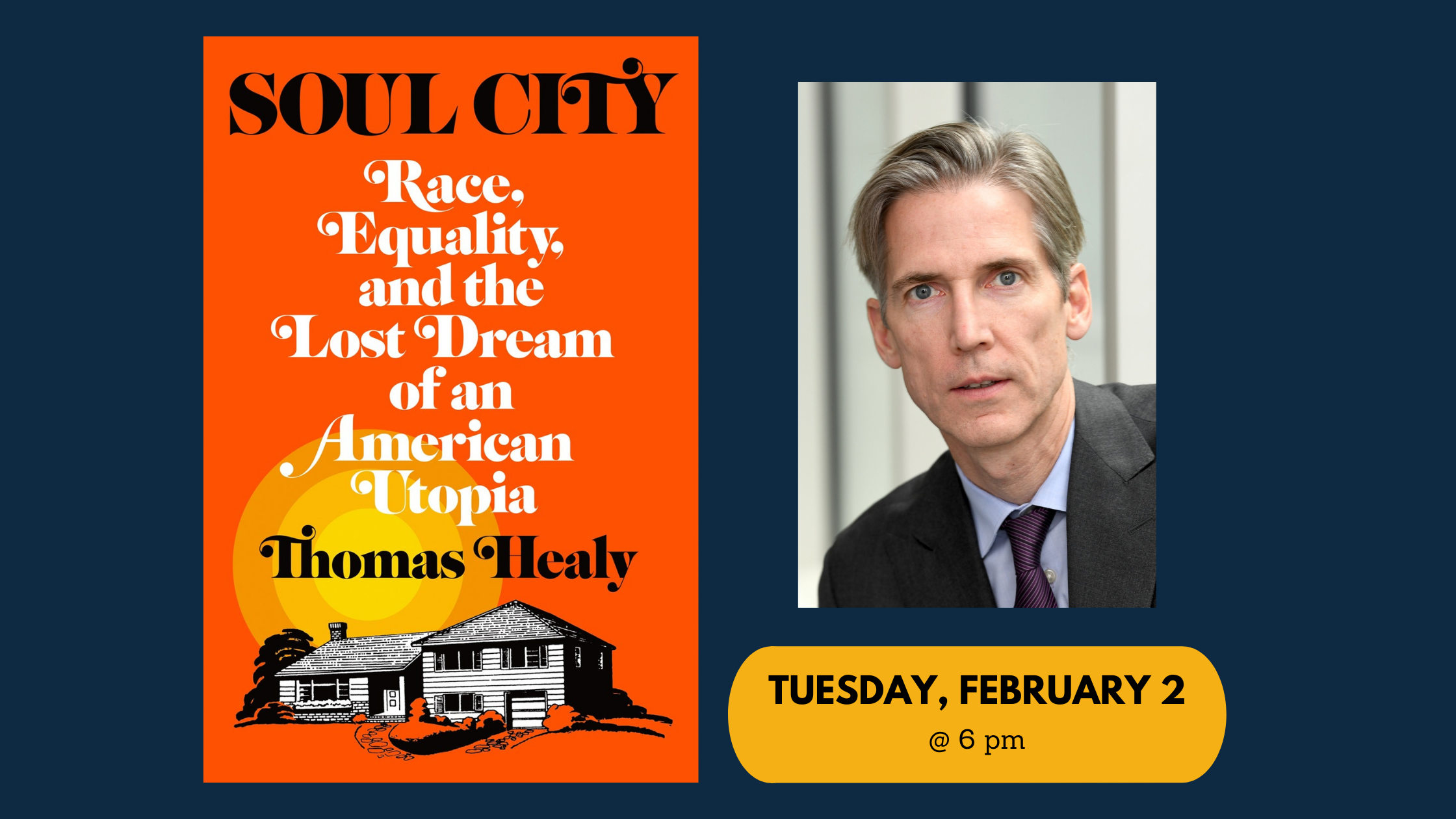 Scroll to the bottom of this webpage to purchase a copy of Soul City.

From an award-winning author, the fascinating, forgotten history of the landmark 1970s effort to build a city dedicated to racial equality in rural “Klan country” North Carolina

In 1969, with America’s inner cities in turmoil and racial tensions high, civil rights leader Floyd McKissick announced an audacious plan: he would build a new city in rural North Carolina, open to all races but intended primarily to benefit black people. The idea attracted planning help from places like Harvard and MIT, and interest from companies such as GM. To secure government funding under Richard Nixon, McKissick struck a Faustian bargain: he switched political parties, becoming the country’s most prominent black Republican. In return, Soul City received a major loan guarantee from the federal government, the equivalent of over $86 million today. Soon, the brand-new community had roads, houses, a health care center, and an industrial plant. By the year 2000, projections said, Soul City would have 50,000 residents.

But the utopian vision was not to be. The virulently racist Jesse Helms, newly elected as senator from North Carolina, swore to block any further government spending on the project. At the same time, the liberal Raleigh News & Observer, on the lookout for government malfeasance, ran a series of articles mistakenly claiming fraud and corruption in the construction effort. Battered from the left and the right, Soul City went bankrupt in 1979. Today, it is a ghost town—and its industrial plant, erected to promote black economic freedom, has been converted into a prison.

In a brilliantly vivid, gripping narrative, acclaimed author Thomas Healy resurrects this forgotten saga of race, capitalism, and the struggle for equality. Was it an impossible, misbegotten dream from the beginning? Or a brilliant idea thwarted by prejudice and bad timing? And how differently might history have turned out if Soul City had been allowed to succeed?

Thomas Healy is the author of The Great Dissent, which won the Robert F. Kennedy Book Award and the Hugh M. Hefner Free Speech Award. He is a professor of law at Seton Hall Law School, and was awarded the Guggenheim Fellowship in support of his work on Soul City. A native of North Carolina, he lives in New York City.

Soul City: Race, Equality, and the Lost Dream of an American Utopia (Hardcover)

The Great Dissent: How Oliver Wendell Holmes Changed His Mind--and Changed the History of Free Speech in America (Paperback)