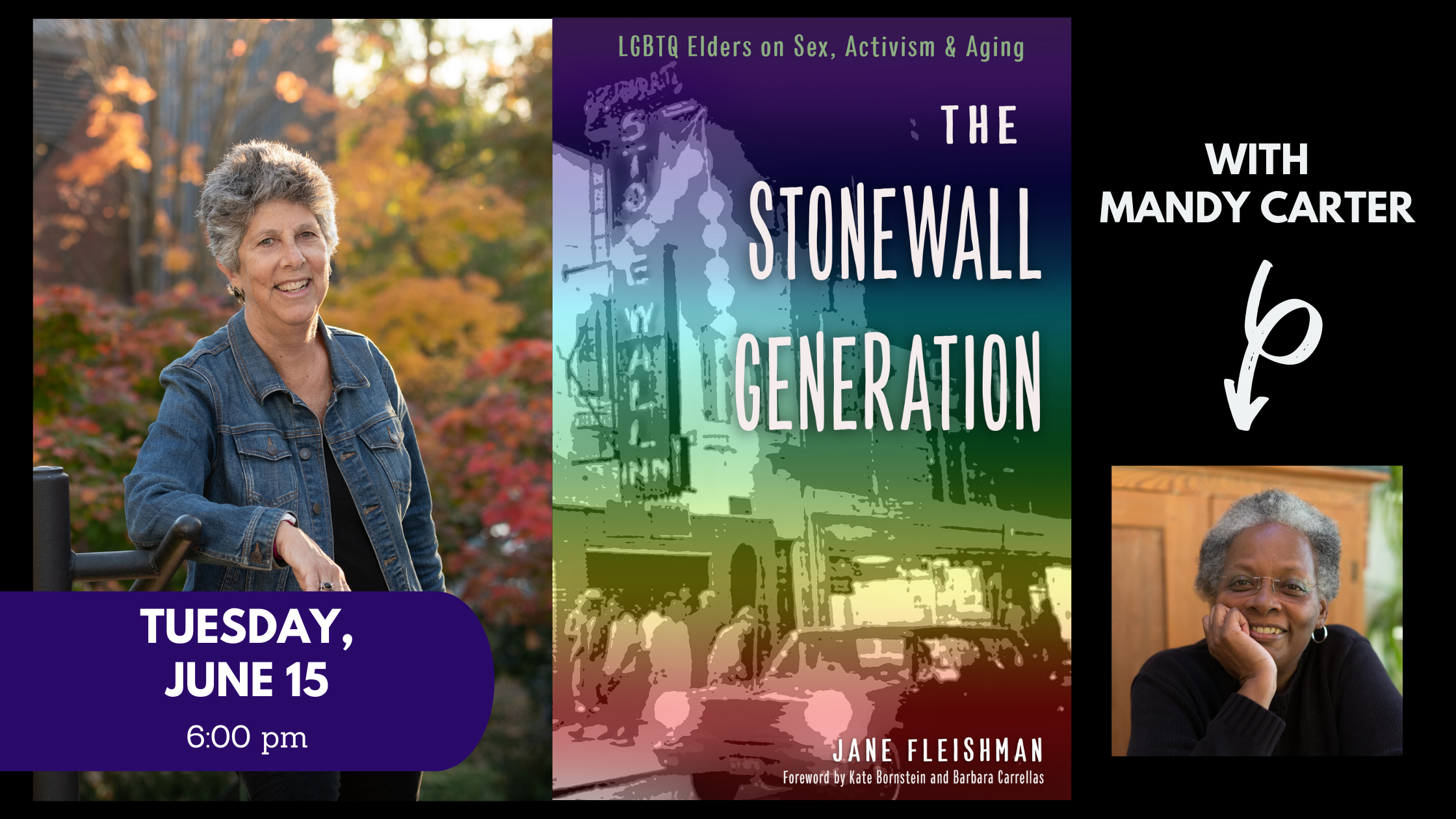 In The Stonewall Generation: LGBTQ Elders on Sex, Activism, and Aging, sexuality researcher Jane Fleishman shares the stories of fearless elders in the LGBTQ community who came of age around the time of the Stonewall Riots of 1969. In candid interviews, they lay bare their struggles, strengths, activism, and sexual liberation in the context of the political movements of the 1960s and 1970s and today. Each of these inspiring figures has spent a lifetime fighting for the right to live, love, and be free, facing challenges arising from their sexual orientation, gender, race, ethnicity, religion, politics, disabilities, kinkiness, non-monogamy, and other identities. These are the stories of those whose lives were changed forever by Stonewall and who in turn became agents of change themselves.

A sex-positive and unapologetic depiction of LGBTQ culture and identity, The Stonewall Generation includes the voices of those frequently marginalized in mainstream tellings of LGBTQ history, lifting up the voices of people of color, transgender people, bisexual people, drag queens, and sex workers. We need to hear these voices, particularly at a time when our country is in the middle of a crisis that puts hard-won civil and human rights at risk, values we’ve fought for again and again in our nation’s history.

For anyone committed to intersectional activism and social justice, The Stonewall Generation provides a much-needed resource for empowerment, education, and renewal.

Jane Fleishman, PhD, MS, MEd, is a certified sexuality educator, researcher, and writer with more than forty years of experience. In her recent TEDx talk, “Is it OK for Grandma to have sex?” she articulates her mission to promote the sexual well-being of older adults. She has co-chaired national conferences for the American Association of Sexuality Educators, Counselors and Therapists (AASECT) and the Sexuality and Aging Consortium; launched a popular column on sex and aging for Live Well magazine; co-hosted the Our Better Half podcast with Dr. Ashley Mader and Dr. Rosara Torrisi; and hosted a monthly radio show, Sex Matters. She received the William R. Stayton Award for Leadership in the field of human sexuality in 2016. Jane Fleishman is currently an instructor and consults at many senior living residences throughout the United States. Visit her website at janefleishman.com.

Mandy Carter is a political activist and campaign manager with more than fifty years of experience fighting for social change. She is a co-founder of both Southerners On New Ground (SONG), an organization working toward intersectional liberation in the Southern states, and the National Black Justice Coalition. Mandy was also one of five national co-chairs of Obama LGBT Pride, the LGBT initiative of Barack Obama’s 2008 presidential campaign. In 2012, she was inducted into the International Federation of Black Pride’s Black LGBT Hall of Fame. Carter is a co-editor of We Have Not Been Moved: Resisting Racism and Militarism in 21st Century America (2012).