Adam Domby deconstructs narratives of Confederate monuments with THE FALSE CAUSE

Adam Domby deconstructs narratives of Confederate monuments with The False Cause 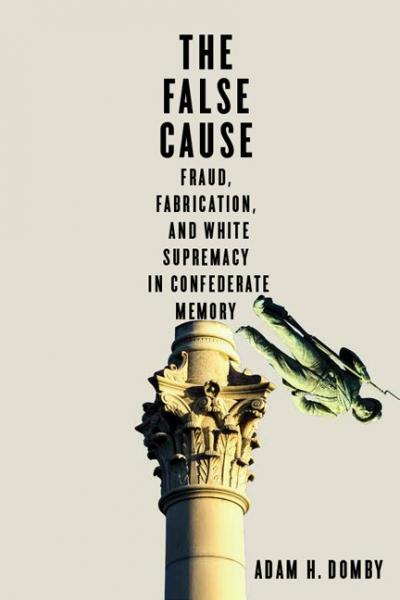 The Lost Cause ideology that emerged after the Civil War and flourished in the early twentieth century in essence sought to recast a struggle to perpetuate slavery as a heroic defense of the South. As Adam Domby reveals here, this was not only an insidious goal; it was founded on falsehoods. The False Cause focuses on North Carolina to examine the role of lies and exaggeration in the creation of the Lost Cause narrative. In the process the book shows how these lies have long obscured the past and been used to buttress white supremacy in ways that resonate to this day.

Domby explores how fabricated narratives about the war’s cause, Reconstruction, and slavery—as expounded at monument dedications and political rallies—were crucial to Jim Crow. He questions the persistent myth of the Confederate army as one of history’s greatest, revealing a convenient disregard of deserters, dissent, and Unionism, and exposes how pension fraud facilitated a myth of unwavering support of the Confederacy among nearly all white Southerners. Domby shows how the dubious concept of "black Confederates" was spun from a small number of elderly and indigent African American North Carolinians who got pensions by presenting themselves as "loyal slaves." The book concludes with a penetrating examination of how the Lost Cause narrative and the lies on which it is based continue to haunt the country today and still work to maintain racial inequality. 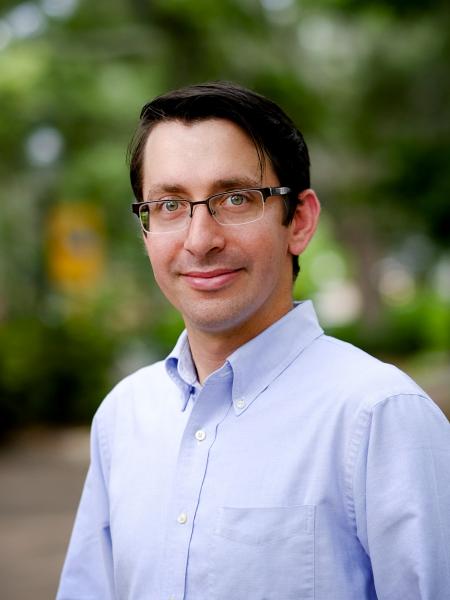 Dr. Adam H. Domby is an award-winning historian of the Civil War, Reconstruction, and the American South. He is an Assistant Professor at the College of Charleston and the Associate Director of the Pearlstine/Lipov Center for Southern Jewish Culture.

He has written on a variety of topics including prisoners of war, guerrilla warfare, and genealogy. He has multiple current research projects on topics ranging from a rabbi conman to divided communities in the aftermath of the Civil War.

Dr. Domby has an extensive interest in public history having organized and co-convened with Simon Lewis a major conference marking the 150th anniversary of South Carolina's 1868 Constitutional Convention. The conference, sponsored by the Carolina Low Country and Atlantic World (CLAW) program began with the unveiling of a new state historic marker in downtown Charleston. As a graduate student, he worked as the research and content developer on UNC's Commemorative Landscapes of North Carolina digital humanities project.

A native of Atlanta and a former park ranger, Dr. Domby also enjoys hiking, caving, cycling, kayaking, and backpacking. He received his MA and PhD from the University of North Carolina at Chapel Hill after receiving his BA from Yale University.

Dr. Domby regularly gives public and private lectures on the Civil War, historical memory, monuments, slavery on college campuses, and southern history. You can follow him on twitter at @adamhdomby.

The False Cause: Fraud, Fabrication, and White Supremacy in Confederate Memory (Hardcover)