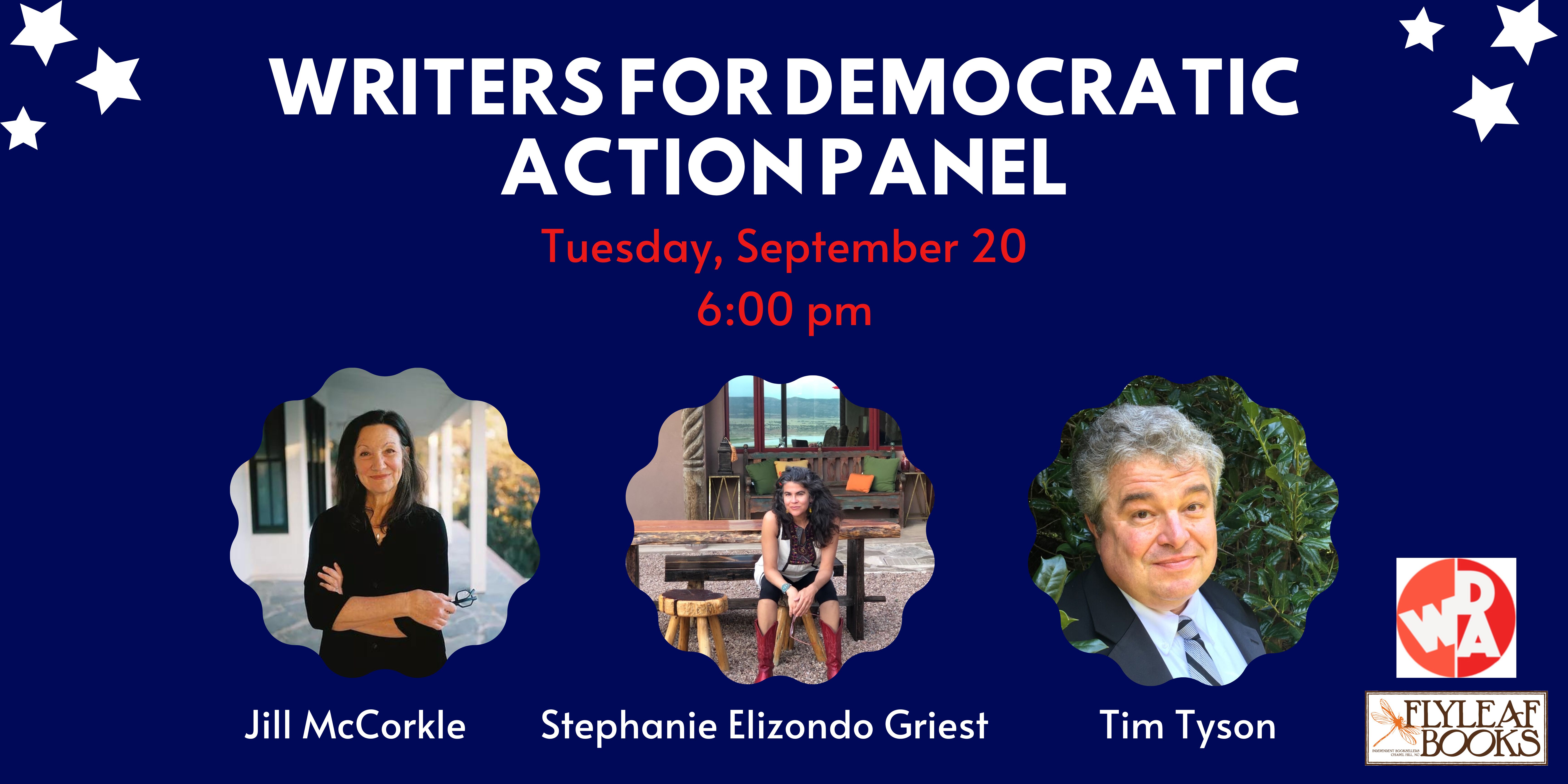 Flyleaf will offer seating for up to 50 in-person guests. Masks recommended.

Jill McCorkle’s first two novels were released simultaneously when she was just out of college, and the New York Times called her “a born novelist.” Since then, she has published five other novels and four collections of short stories, and her work has appeared in Best American Short Stories several times, as well as The Norton Anthology of Short Fiction. Five of her books have been New York Times Notable books, and her novel, Life After Life, was a New York Times bestseller.

Stephanie Elizondo Griest is a globetrotting author from the Texas/Mexico borderlands. Her five books include the memoirs Around the Bloc; Mexican Enough; and All the Agents & Saints. She has also written for the New York Times, Washington Post, The Believer, and Oxford American. Among her honors are a Hodder Fellowship at Princeton and a Margolis Award for Social Justice Reporting. Currently Associate Professor of Creative Nonfiction at the University of North Carolina-Chapel Hill, she has performed as a Moth storyteller.

Tim Tyson is Senior Research Scholar at the Center for Documentary Studies at Duke University, Visiting Professor of American Christianity and Southern Culture at Duke Divinity School, and adjunct professor of American Studies at the University of North Carolina. He is the author of The Blood of Emmett Till, a New York Times bestseller; Blood Done Sign My Name, a finalist for the National Book Critics Circle Award and winner of the Southern Book Award for Nonfiction and the Grawemeyer Award in Religion, as well as the basis for a feature film; and Radio Free Dixie: Robert F. Williams and the Roots of Black Power, winner of the James Rawley Prize for best book on race and the Frederick Jackson Turner Prize for best first book in US History from the Organization of American Historians, and the basis for the prize-winning documentary Negroes with Guns: Rob Williams and Black Power. He serves on the executive board of the North Carolina NAACP and the UNC Center for Civil Rights.

All the Agents and Saints, Paperback Edition: Dispatches from the U.S. Borderlands (Paperback)

Mexican Enough: My Life between the Borderlines (Paperback)

The Blood of Emmett Till (Paperback)