Join us for complementary wine - We'll also have reader's guides for this and other books, perfect for book club members!

“O’Nan’s adroitness with atmosphere and period detail makes Fitzgerald’s dreams of creating worthy work, even with his best days behind him, absorbing and poignant.” —The New Yorker

“[The] grim yet undeniably fascinating last act of Fitzgerald’s life is the subject of Stewart O’Nan’s gorgeous new novel. . .West of Sunset is a pretty fine Hollywood novel, too, but it’s an even finer novel about a great writer’s determination to keep trying to do his best work.”—Maureen Corrigan, The Washington Post 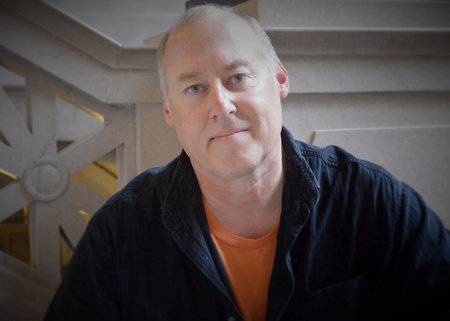 In 1937, F. Scott Fitzgerald was a troubled, uncertain man whose literary success was long over. In poor health, with his wife consigned to a mental asylum and his finances in ruins, he struggled to make a new start as a screenwriter in Hollywood. By December 1940, he would be dead of a heart attack. Those last three years of Fitzgerald's life, often obscured by the legend of his earlier Jazz Age glamour, are the focus of Stewart O Nan's gorgeously and gracefully written novel. With flashbacks to key moments from Fitzgerald's past, the story follows him as he arrives on the MGM lot, falls in love with brassy gossip columnist Sheilah Graham, begins work on "The Last Tycoon," and tries to maintain a semblance of family life with the absent Zelda and daughter, Scottie.

Fitzgerald's orbit of literary fame and the Golden Age of Hollywood is brought vividly to life through the novel's romantic cast of characters, from Dorothy Parker and Ernest Hemingway to Humphrey Bogart. A sympathetic and deeply personal portrait of a flawed man who never gave up in the end, even as his every wish and hope seemed thwarted, "West of Sunset "confirms O Nan as possibly our best working novelist ("Salon").

Stewart O'Nan's award-winning fiction includes "Snow Angels", "A Prayer for the Dying", "Last Night at the Lobster", and "Emily, Alone". His most recent novel, "The Odds", was hailed by The Boston Globe" as a gorgeous fable, a stunning meditation and a hope-filled Valentine. "Granta" named him one of America s Best Young Novelists. He was born and raised and lives in Pittsburgh.

West of Sunset: A Novel (Paperback)