IN-PERSON: Rebecca Sharpless presents GRAIN AND FIRE: A HISTORY OF BAKING IN THE AMERICAN SOUTH, with KC Hysmith 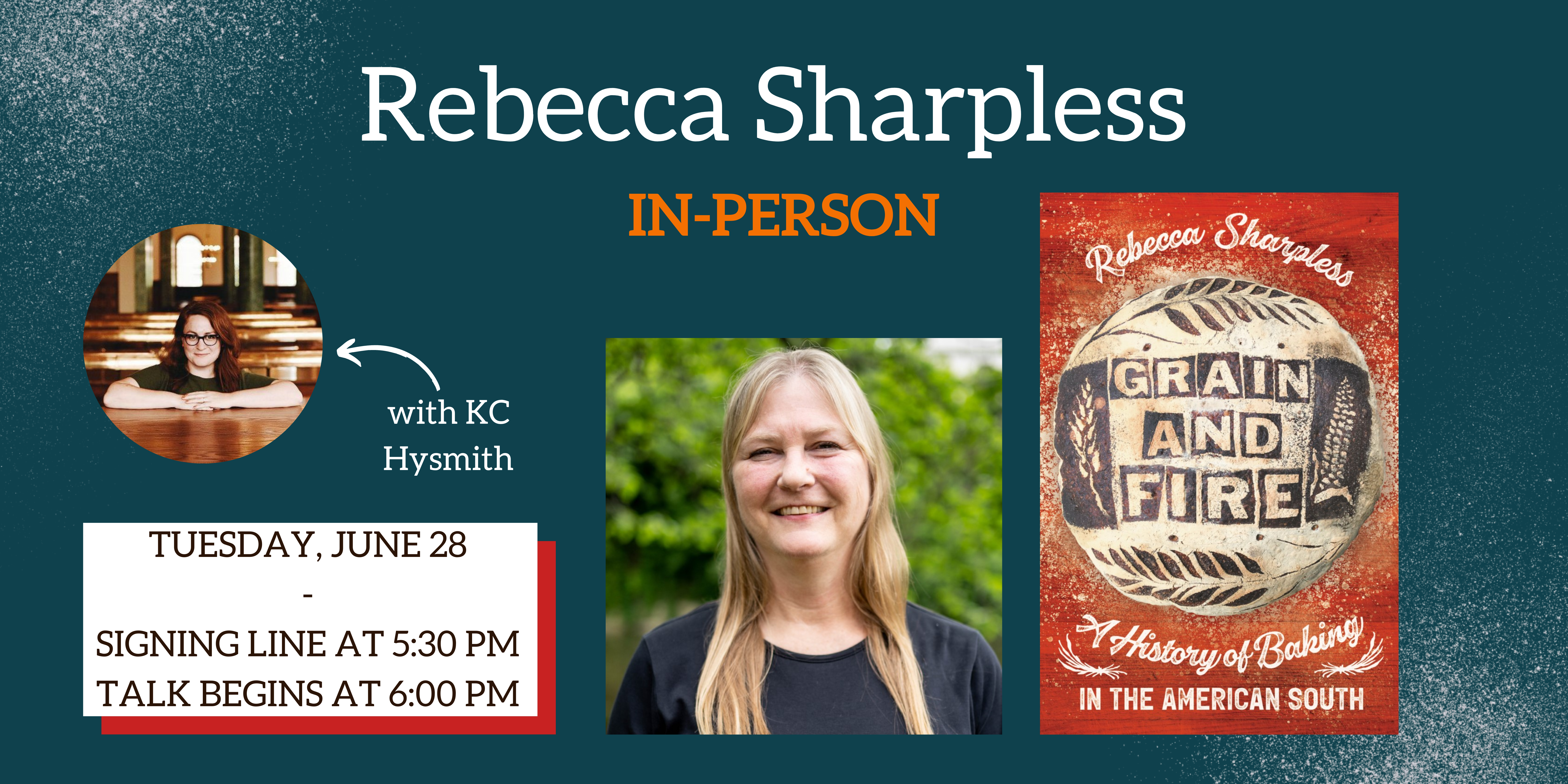 Flyleaf will offer seating for up to 50 in-person guests, with priority access given to folks who purchase the book. Masks recommended

While a luscious layer cake may exemplify the towering glory of southern baking, like everything about the American South, baking is far more complicated than it seems. Rebecca Sharpless here weaves a brilliant chronicle, vast in perspective and entertaining in detail, revealing how three global food traditions—Indigenous American, European, and African—collided with and merged in the economies, cultures, and foodways of the South to create what we know as the southern baking tradition.

Recognizing that sentiments around southern baking run deep, Sharpless takes delight in deflating stereotypes as she delves into the surprising realities underlying the creation and consumption of baked goods. People who controlled the food supply in the South used baking to reinforce their power and make social distinctions. Who used white cornmeal and who used yellow, who put sugar in their cornbread and who did not had traditional meanings for southerners, as did the proportions of flour, fat, and liquid in biscuits. By the twentieth century, however, the popularity of convenience foods and mixes exploded in the region, as it did nationwide. Still, while some regional distinctions have waned, baking in the South continues to be a remarkable, and remarkably tasty, source of identity and entrepreneurship.

Rebecca Sharpless is professor of history at Texas Christian University. Her most recent book is Cooking in Other Women's Kitchens: Domestic Workers in the South, 1865-1960.

KC Hysmith has an academic and professional background in food writing, food photography, recipe testing, and research, focusing on topics such as political food movements, gendered food labor, and transnational foodways. She is currently finishing up her PhD in American Studies at the University of North Carolina at Chapel Hill. Her dissertation focuses on the history of women's resistance through food and baking.

Grain and Fire: A History of Baking in the American South (Hardcover)

Cooking in Other Women's Kitchens: Domestic Workers in the South,1865-1960 (Paperback)

Edible North Carolina: A Journey Across a State of Flavor (Hardcover)