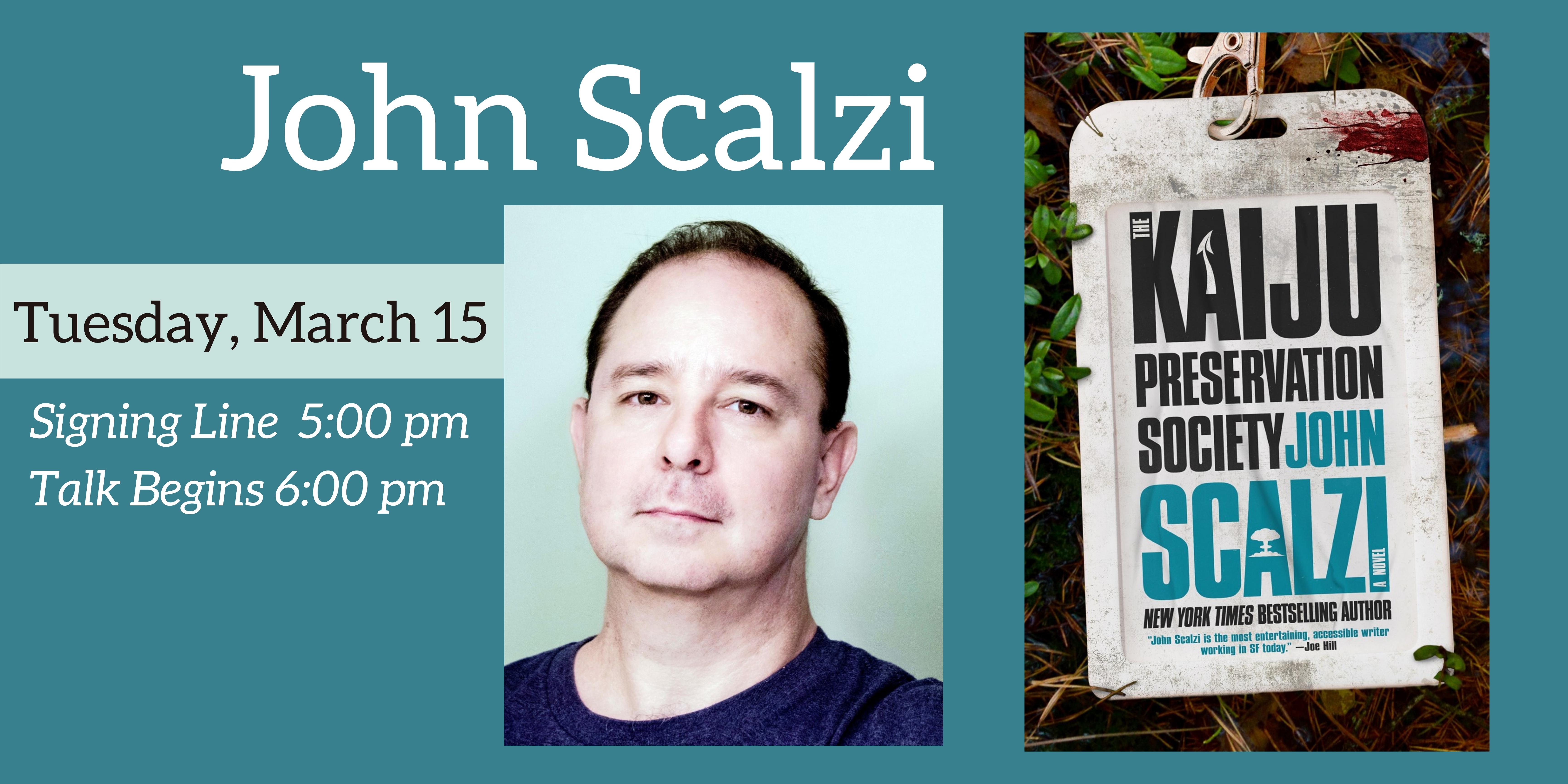 This will be in-person with limited seating. Flyleaf will offer seating for up to 75 in-person guests, with access given to folks who purchase the book. Please use your order comments to indicate whether you would like 1-2 seats held for you at the in-person event. Masks recommended.

When COVID-19 sweeps through New York City, Jamie Gray is stuck as a dead-end driver for food delivery apps. That is, until Jamie makes a delivery to an old acquaintance, Tom, who works at what he calls “an animal rights organization.” Tom’s team needs a last-minute grunt to handle things on their next field visit. Jamie, eager to do anything, immediately signs on.

What Tom doesn't tell Jamie is that the animals his team cares for are not here on Earth. Not our Earth, at at least. In an alternate dimension, massive dinosaur-like creatures named Kaiju roam a warm and human-free world. They're the universe's largest and most dangerous pandas and they're in trouble. It's not just the Kaiju Preservation Society who has found their way to the alternate world. Others have, too. And their carelessness could cause millions back on our Earth to die.

This is a Scalzi book in all things pacing, humor, and tension. A light, uplifting COVID-19-escapist story in a Jurassic Park-like alternate world guaranteed to thrill even the most beleaguered readers.

John Scalzi is one of the most popular SF authors of his generation. His debut, Old Man's War, won him the John W. Campbell Award for Best New Writer. His New York Times bestsellers include The Last Colony, Fuzzy Nation, Redshirts (which won the 2013 Hugo Award for Best Novel), and 2020's The Last Emperox. Material from his blog, Whatever (whatever.scalzi.com), has earned him two other Hugo Awards. Scalzi also serves as critic-at-large for the Los Angeles Times. He lives in Ohio with his wife and daughter.