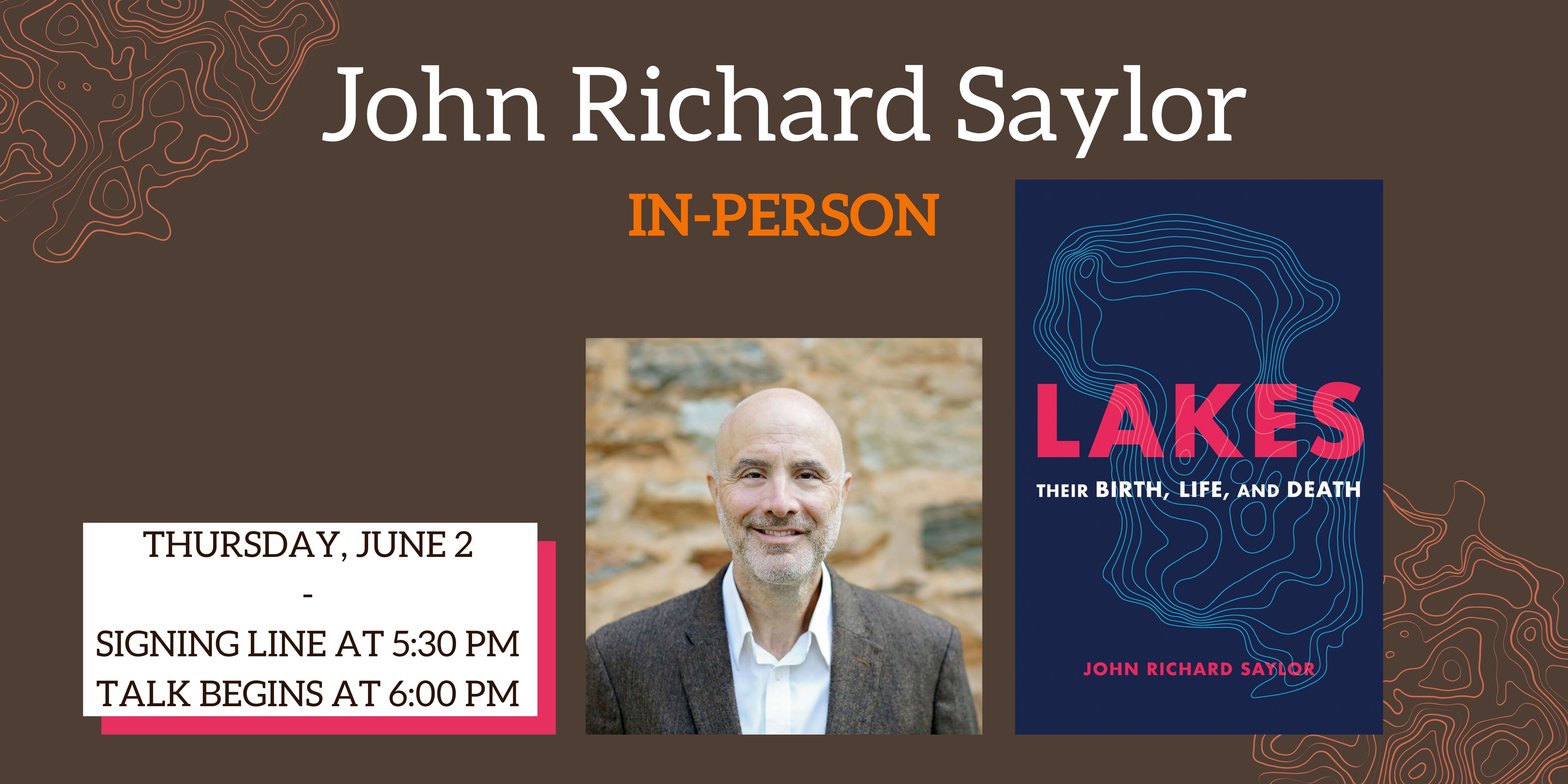 A fascinating exploration into the natural history of lakes: what they are, how they behave, and how they function within the biosphere.

“Lakes is my favorite kind of natural history: meticulously researched, timely, comprehensive, and written with imagination and verve.”—Jerry Dennis, author of The Living Great Lakes

Lakes might be the most misunderstood bodies of water on earth. And while they may seem commonplace, without lakes our world would never be the same. In this revealing look at these lifegiving treasures, John Richard Saylor shows us just how deep our connection to still waters run.

Lakes is an illuminating tour through the most fascinating lakes around the world. Whether it’s Lake Vostok, located more than two miles beneath the surface of Antarctica, whose water was last exposed to the atmosphere perhaps a million years ago; Lake Baikal in southern Siberia, the world’s deepest and oldest lake formed by a rift in the earth’s crust; or Lake Nyos, the so-called Killer Lake that exploded in 1986, resulting in hundreds of deaths, Saylor reveals to us the wonder that exists in lakes found throughout the world.

John Richard Saylor, PhD, is a professor of mechanical engineering at Clemson University. He has spent the better part of his career studying fluid mechanics, specifically researching phenomena that occur at the interface between air and water. In addition to lakes, his scientific interests include the physics of drops, bubbles, and waves, and he has applied his research to applications such as the use of water sprays and ultrasonics to clean diesel exhaust and methods for using radar to study raindrops. He was a student at the Santa Fe Science Writing Workshop in 2017. He lives in Clemson, South Carolina.