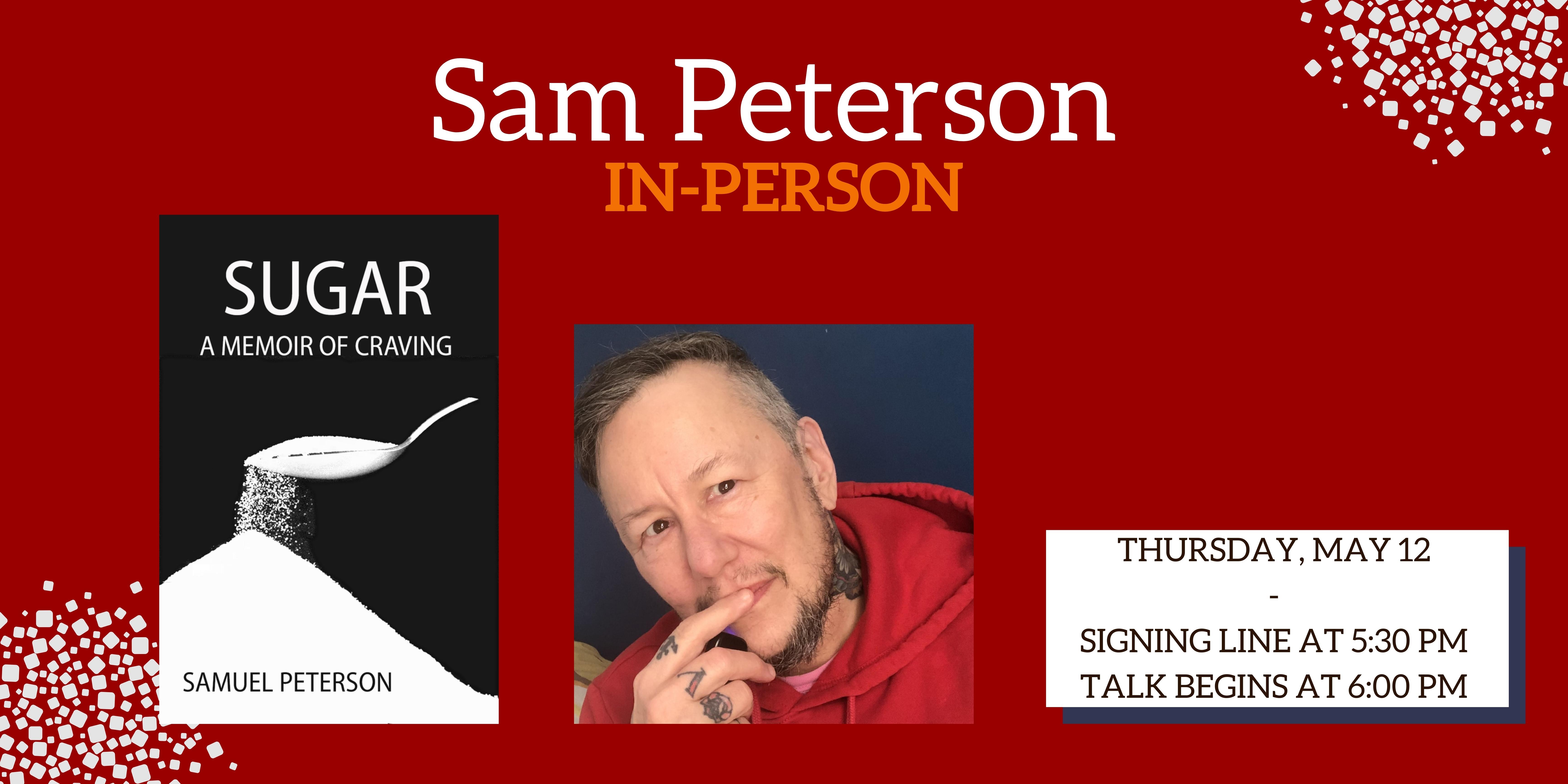 Prequel to Sam’s best-selling Trunky: Transgender Junky, Sugar is a darkly comedic account of his earlier years in which transition from female to male was unthinkable before the 1990s. Yet, it is an obsession that Sam cannot chase or admit and informs every choice she makes in her journey of increasingly dangerous addictions that begins with sugar in the 1960s and reaches a perilous crescendo in heroin and homelessness. Told with the stunning candor and authenticity typical of Sam’s literary style, Sugar is the deeply moving story of anyone, who, seemingly trapped in the dark ambers of mental illness and addiction, learn the courage to change the things that they can, accept the those that they cannot, and the wisdom to know the difference.

Sam Peterson is a writer, pet portraitist, public speaker, and non-profit employee. He grapples with major depression and addiction. His writing can be found in Gender Outlaws: The Next Generation and Fashionable Late: Gay, Bi, and Trans Men Who Came Out Later in Life, and his Lammy-nominated book, TRUNKY: A Memoir of Institutionalization & Southern Hospitality on Transgress Press. East Durham, NC is home, where he lives with his muse, Walter the cat. He was recently diagnosed as an “overachiever,” which he refuses to believe as he considers napping to be his favorite hobby. Currently, he hosts "Why Live?!," a podcast about breakdowns and breakthroughs.