"This multipronged tale is dense with action and incident; it's grounded in history, mythology, and religion, but not weighed down by them." —Publishers Weekly

"This is a top-notch tale. An accomplished nonfiction author and historian, Livingston has a talent for storytelling that will keep readers immersed in the complex tale." —Library Journal 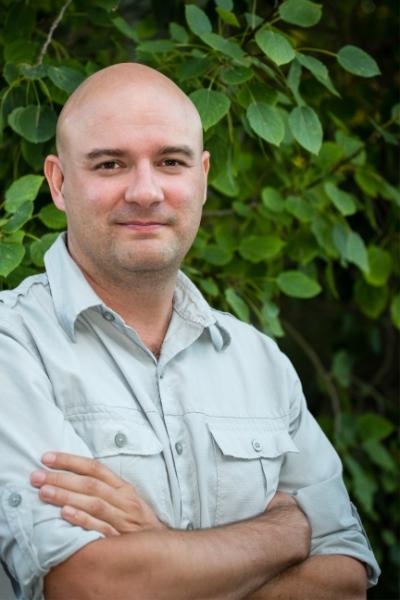 Julius Caesar is dead, assassinated on the senate floor, and the glory that is Rome has been torn in two. Octavian, Caesar's ambitious great-nephew and adopted son, vies with Marc Antony and Cleopatra for control of Caesar's legacy. As civil war rages from Rome to Alexandria, and vast armies and navies battle for supremacy, a secret conflict may shape the course of history. Juba, Numidian prince and adopted brother of Octavian, has embarked on a ruthless quest for the Shards of Heaven, lost treasures said to possess the very power of the gods-or the one God. Driven by vengeance, Juba has already attained the fabled Trident of Poseidon, which may also be the staff once wielded by Moses. Now he will stop at nothing to obtain the other Shards, even if it means burning the entire world to the ground.

Caught up in these cataclysmic events, and the hunt for the Shards, are a pair of exiled Roman legionnaires, a Greek librarian of uncertain loyalties, assassins, spies, slaves . . . and the ten-year-old daughter of Cleopatra herself. Michael Livingston's The Shards of Heaven reveals the hidden magic behind the history we know, and commences a war greater than any mere mortal battle.

MICHAEL LIVINGSTON holds degrees in History, Medieval Studies, and English. He is an Associate Professor of English at The Citadel, specializing in the Middle Ages. His short fiction has been published in Black Gate, Shimmer, Paradox, and Nature. The Shards of Heaven is his first novel.