Michael Joseph Roberto discusses The Coming of the American Behemoth: The Origins of Fascism in the United States, 1920 -1940 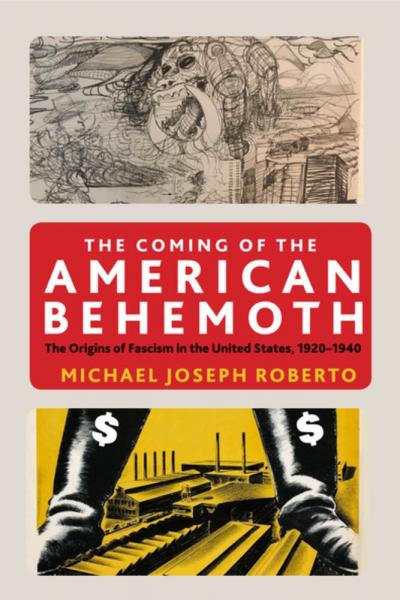 Most people in the United States have been trained to recognize fascism in movements such as Germany’s Third Reich or Italy’s National Fascist Party, where charismatic demagogues manipulate incensed, vengeful masses. We rarely think of fascism as linked to the essence of monopoly-finance capitalism, operating under the guise of American free enterprise. But, as Michael Joseph Roberto argues, this is exactly where fascism’s embryonic forms began gestating in the United States, during the so-called prosperous 1920s and the Great Depression of the following decade. Drawing from a range of authors who wrote during the 1930s and early 1940s, Roberto examines how the driving force of American fascism comes, not from reactionary movements below, but from the top, namely, Big Business and the power of finance capital. More subtle than its earlier European counterparts, writes Roberto, fascist America’s racist, top-down quashing of individual liberties masqueraded as “real democracy,” “upholding the Constitution,” and the pressure to be “100 Percent American.

The Coming of the American Behemoth is intended as a primer, to forge much-needed discourse on the nature of fascism, and its particular forms within the United States. The book focuses on the role of the capital-labor relationship during the period between the two World Wars, when the United States became the epicenter of the world-capitalist system. Concentrating on specific processes, which he characterizes as terrorist and non-terrorist alike, Roberto argues that the interwar period was a fertile time for the incubation of a protean, more salable form of tyranny—a fascist behemoth in the making, whose emergence has been ignored or dismissed by mainstream historians. This book is a necessity for anyone who fears America tipping ever closer, in this era of Trump, to full-blown fascism. 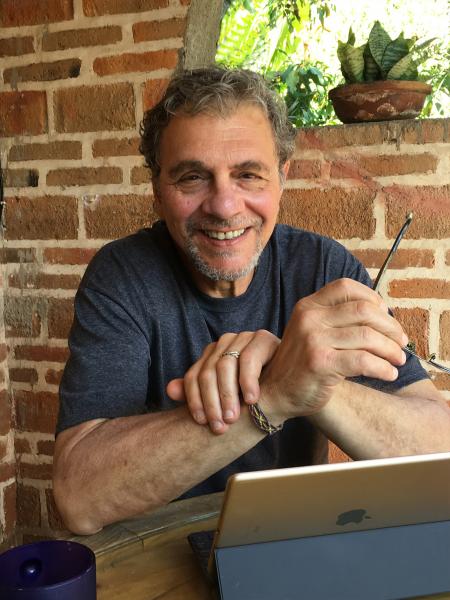 Michael Joseph Roberto retired in 2016 from the faculty of North Carolina Agricultural and Technical State University, the largest historically black educational institution in the United States, where he taught contemporary world history. A longtime political activist in Greensboro, NC, he has worked as a journalist and published essays in Monthly Review, Socialism and Democracy, and other scholarly journals. Roberto is also a percussionist who has performed with leading jazz and R&B musicians.

Lucid, hard-hitting, rich in historical detail, and passionately Marxist in its dynamic definition of fascism as an “inherent function of monopoly-capitalist production and relations whose telos was and remains the totalitarian rule of capitalist dictatorship,” Michael Roberto’s The Coming of the American Behemoth is a vital and necessary book. Fundamental to fascism, Roberto contends, is the growth of state power in the service of the capitalist ruling class, the reactionary politics of the middle class, and the manipulation of public consciousness by ad-men and PR experts who turn everything and everyone into commodities. All were fascist processes, Roberto shows, “because they aimed at the domination of capital over society.” This book could shift the discussion. —Paul Breines, co-author with Andrew Arato, The Young Lukács and the Origins of Western Marxism

Marx taught us that it is impossible to deal effectively with the problems of the present without understanding how they evolved out of the past. This would seem to hold in spades for what most people see as the surprising rise of fascism in the U.S. today. Yet, while early European versions of fascism never lacked for the attention of its critics, our homegrown variety, which flourished between the two World Wars, has been almost entirely forgotten. No more, thanks to this absolutely essential contribution by Michael Roberto. Highly Recommended. —Bertell Ollman, author, Dance of the Dialectic: Steps in Marx’s Method and hundred of books, articles, manuals, and games dealing with Marxism

In this carefully researched study of what contemporaneous US Marxists had to say about 1930s fascist processes, Michael Roberto argues that the essence of fascism—capitalist dictatorship—is entirely compatible with liberal democracy. His thesis not only illuminates Depression-era politics and economics but also carries profound implications for our time. —Barbara Foley, author, Radical Representations: Politics and Form in U.S. Proletarian Fiction, 1929-1941

The Coming of the American Behemoth: The Origins of Fascism in the United States, 1920 -1940 (Paperback)