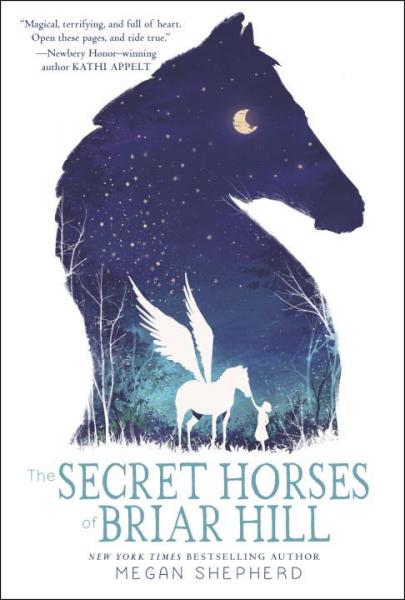 About The Secret Horses of Briar Hill: There are winged horses that live in the mirrors of Briar Hill hospital. In the mirrors that line its grand hallways, which once belonged to a princess. In those that reflect the elegant rooms, now filled with sick children. It is her secret.
One morning, when Emmaline climbs over the wall of the hospital’s abandoned gardens, she discovers something incredible: a white horse with broken wings has left the mirror-world and entered her own. Tucked into the garden’s once-gleaming sundial, Emmaline finds a letter from the Horse Lord. He is hiding the wounded white horse, named Foxfire, from a dark and sinister force—a Black Horse who hunts by colorless moonlight. If Emmaline is to keep the Black Horse from finding her new friend, she must collect colorful objects with which to blind him. But where can Emmaline find color when her world is filled with gray?

Megan Shepherd grew up in her family’s independent bookstore in the Blue Ridge Mountains. She is the author of several acclaimed young adult books, and The Secret Horses of Briar Hill is her debut middle-grade novel. Shepherd lives and writes on a 125-year-old farm outside Asheville, North Carolina, with her husband, two cats, and a dog. 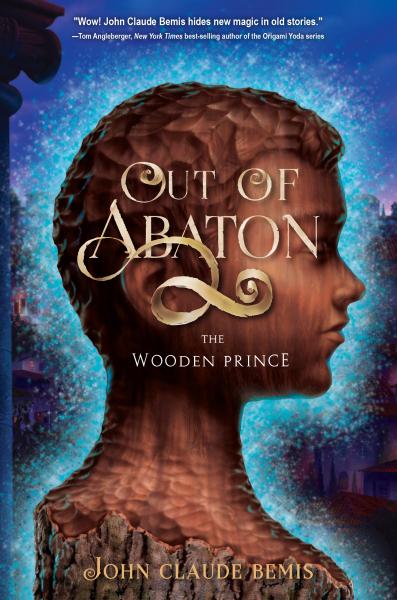 About The Wooden Prince (Out of Abaton Book 1) - The automa Pinocchio has always been duty-bound to serve in the floating palace of Venice's emperor. So when Pinocchio finds himself locked in a trunk and delivered to a new master-a wanted criminal and alchemist named Geppetto-he is curious about everything around him. But most curious is the way Pinocchio seems to be changing from a wooden servant into a living, human boy. Before Geppetto and Pinocchio can uncover the mystery surrounding the automa's transformation, Pinocchio is stolen away. Determined to find Geppetto again, Pinocchio begins a harrowing journey across the Empire, where danger in the form of half-beast outlaws and winged airmen abounds for a lost automa.  Meanwhile, Princess Lazuli, the daughter of the ruler of a magical kingdom called Abaton, is also on a quest through the emperor's territory. Her father, Prester John, has been captured by the Venetian Empire, and Lazuli is desperate to rescue him. With the emperor's airmen closing in fast, Lazuli learns the only hope for saving her father — and her beloved home — lies in Pinocchio and Geppetto. 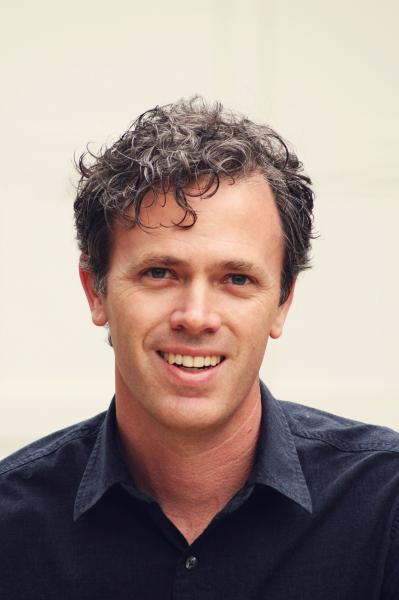 John Claude Bemis is an award-winning author, musician, and educator.  His novels include The Prince Who Fell from the Sky and the Clockwork Dark Trilogy.  He received the Excellence in Teaching Award from UNC Chapel Hill’s School of Education for his work in the schools as an author-educator and served as North Carolina’s Piedmont Laureate in 2013. John lives with his wife and daughter in Hillsborough, NC.

The Wooden Prince (Out of Abaton #1) (Hardcover)