Matthew Quick discusses his new YA novel, Every Exquisite Thing

"Through Nanette’s eyes, Quick paints a compelling portrait of a sympathetic teenager going through the trial-and-error process of growing up." —Publishers Weekly, STARRED Review

"Quick creates beautifully well-rounded characters, particularly Nanette, whose first-person narrative, rich with wry observations and a kaleidoscope of meaningful emotions, offers great insight into the mind of a teen on a sometimes sluggish, spiraling path toward sorting herself out."—Booklist

Pre-order with Flyleaf to reserve your place in the signing line! 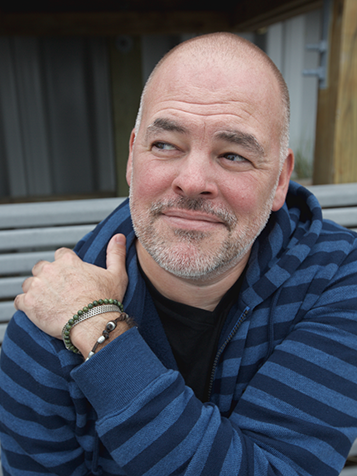 About Every Exquisite Thing: Nanette O'Hare is an unassuming teen who has played the role of dutiful daughter, hardworking student, and star athlete for as long as she can remember. But when a beloved teacher gives her his worn copy of "The Bugglegum Reaper"--a mysterious, out-of-print cult classic-- the rebel within Nanette awakens. As she befriends the reclusive author, falls in love with a young but troubled poet, and attempts to insert her true self into the world with wild abandon, Nanette learns the hard way that rebellion sometimes comes at a high price.

A celebration of the self and the formidable power of story, Every Exquisite Thing is Matthew Quick at his finest.

MATTHEW QUICK (aka Q) is the New York Times bestselling author of several novels, including The Silver Linings Playbook, which was made into an Oscar-winning film, and The Good Luck of Right Now. His work has been translated into more than twenty languages and has received a PEN/Hemingway Award Honorable Mention, among other accolades. Q lives with his wife, novelist-pianist Alicia Bessette, in North Carolina.