Lori Ostlund discusses her debut novel, After the Parade 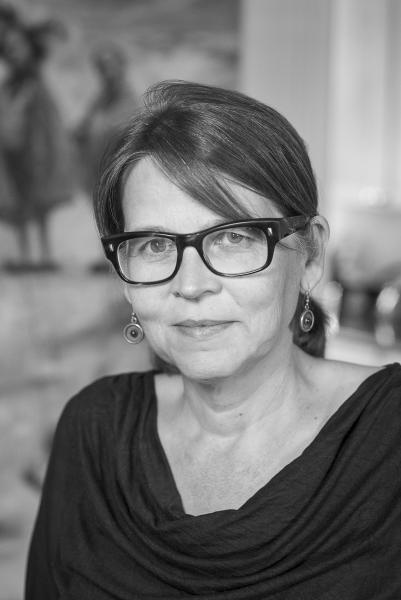 From Flannery O’Connor and Rona Jaffe Award winner Lori Ostlund, a deeply moving and beautiful debut novel about a man who leaves his longtime partner in New Mexico for a new life in San Francisco, launching him on a tragicomic road trip and into the mysteries of his own Midwestern childhood.

Sensitive, big-hearted, and achingly self-conscious, forty-year-old Aaron Englund long ago escaped the confines of his Midwestern hometown, but he still feels like an outcast. After twenty years under the Pygmalion-like direction of his older partner Walter, Aaron at last decides it is time to stop letting life happen to him and to take control of his own fate. But soon after establishing himself in San Francisco—where he alternates between a shoddy garage apartment and the absurdly ramshackle ESL school where he teaches—Aaron sees that real freedom will not come until he has made peace with his memories of Morton, Minnesota: a cramped town whose four hundred souls form a constellation of Aaron’s childhood heartbreaks and hopes.

After Aaron’s father died in the town parade, it was the larger-than-life misfits of his childhood—sardonic, wheel-chair bound dwarf named Clarence, a generous, obese baker named Bernice, a kindly aunt preoccupied with dreams of The Rapture—who helped Aaron find his place in a provincial world hostile to difference. But Aaron’s sense of rejection runs deep: when Aaron was seventeen, Dolores—Aaron’s loving, selfish, and enigmatic mother—vanished one night with the town pastor. Aaron hasn’t heard from Dolores in more than twenty years, but when a shambolic PI named Bill offers a key to closure, Aaron must confront his own role in his troubled past and rethink his place in a world of unpredictable, life-changing forces.

Lori Ostlund’s novel After the Parade, which is partly set in San Francisco, will be released by Scribner on September 22, 2015. Her first book, a story collection entitled The Bigness of the World, won the 2008 Flannery O’Connor Award, the Edmund White Debut Fiction Award, and the 2009 California Book Award for First Fiction. Stories from it appeared in the Best American Short Stories and the PEN/O. Henry Prize Stories. Scribner will reissue the collection in early 2016. Lori received the 2009 Rona Jaffe Foundation Award and a fellowship to the Bread Loaf Writers’ Conference. Most recently, her work has appeared in ZYZZYVA, The Southern Review, and the Kenyon Review. She is a teacher and lives in San Francisco with Anne Raeff and their two cats, Oscar and Prakash.

After the Parade: A Novel (Hardcover)