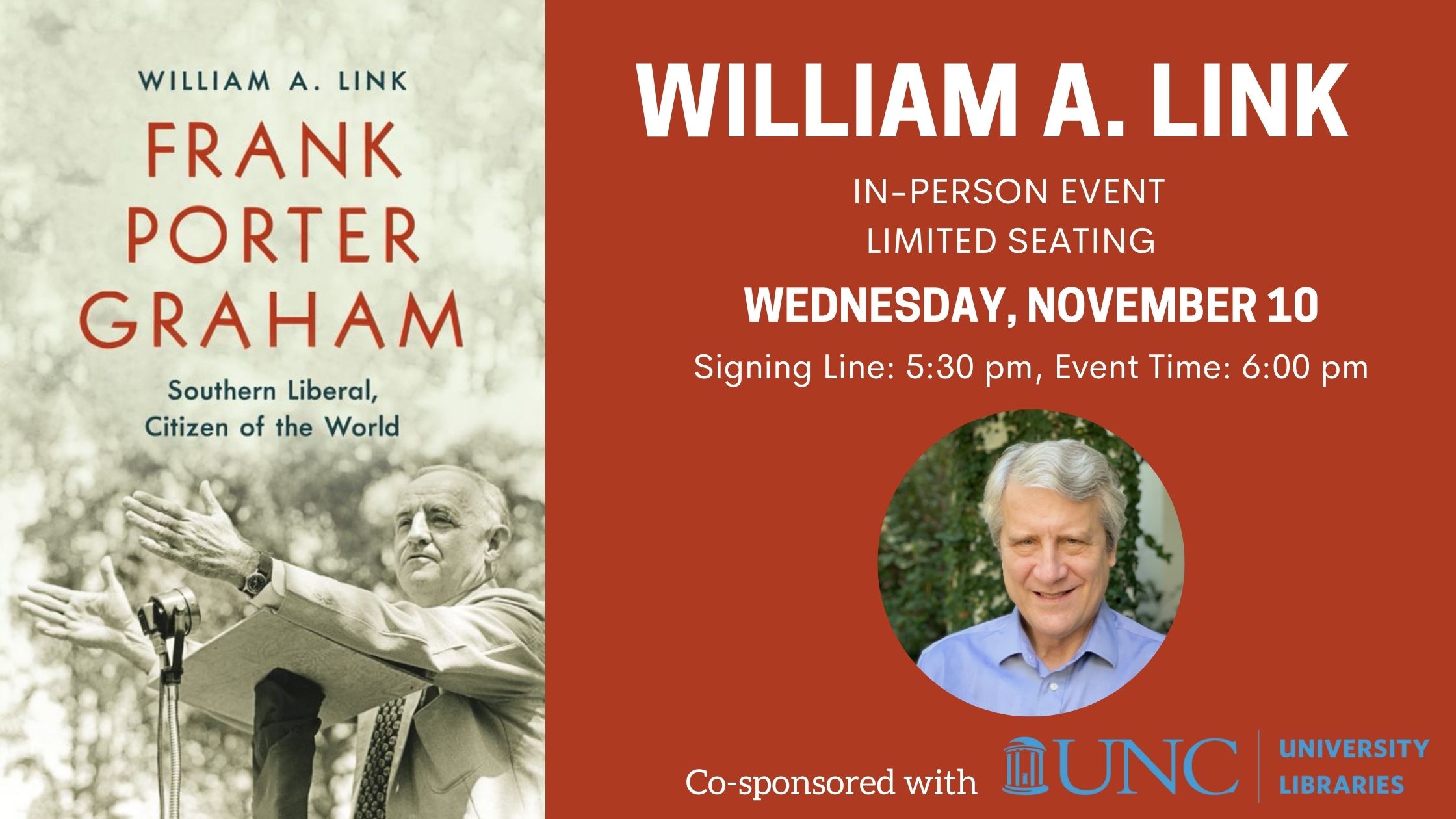 This will be in-person with limited seating, co-sponsored with UNC Libraries. Flyleaf will offer seating for up to 25 in-person guests, with priority access given to folks who purchase the book. If you preorder a copy through Flyleaf, please use your order comments to indicate whether you would like one to two seats held for you at the in-person event.

"Well researched and well written, this important biography gives a full picture of the life and legacy of the avatar of twentieth-century southern liberalism."—Kevin M. Kruse, co-author of Fault Lines: A History of America since 1974

Frank Porter Graham (1886-1972) was one of the most consequential white southerners of the twentieth century. Born in Fayetteville and raised in Charlotte, Graham became an active and popular student leader at the University of North Carolina. After earning a graduate degree from Columbia University and serving as a marine during World War I, he taught history at UNC, and in 1930, he became the university's fifteenth president. Affectionately known as Dr. Frank, Graham spent two decades overseeing UNC's development into a world-class public institution. But he regularly faced controversy, especially as he was increasingly drawn into national leadership on matters such as intellectual freedom and the rights of workers. As a southern liberal, Graham became a prominent New Dealer and negotiator and briefly a U.S. senator. Graham's reputation for problem solving through compromise led him into service under several presidents as a United Nations mediator, and he was outspoken as a white southerner regarding civil rights.

Brimming with fresh insights, this definitive biography reveals how a personally modest public servant took his place on the national and world stage and, along the way, helped transform North Carolina.

William A. Link is Richard J. Milbauer Professor of History at the University of Florida.