IN-PERSON: Keith Knight presents GOOD ON BOTH SIDES, and a screening of his show WOKE 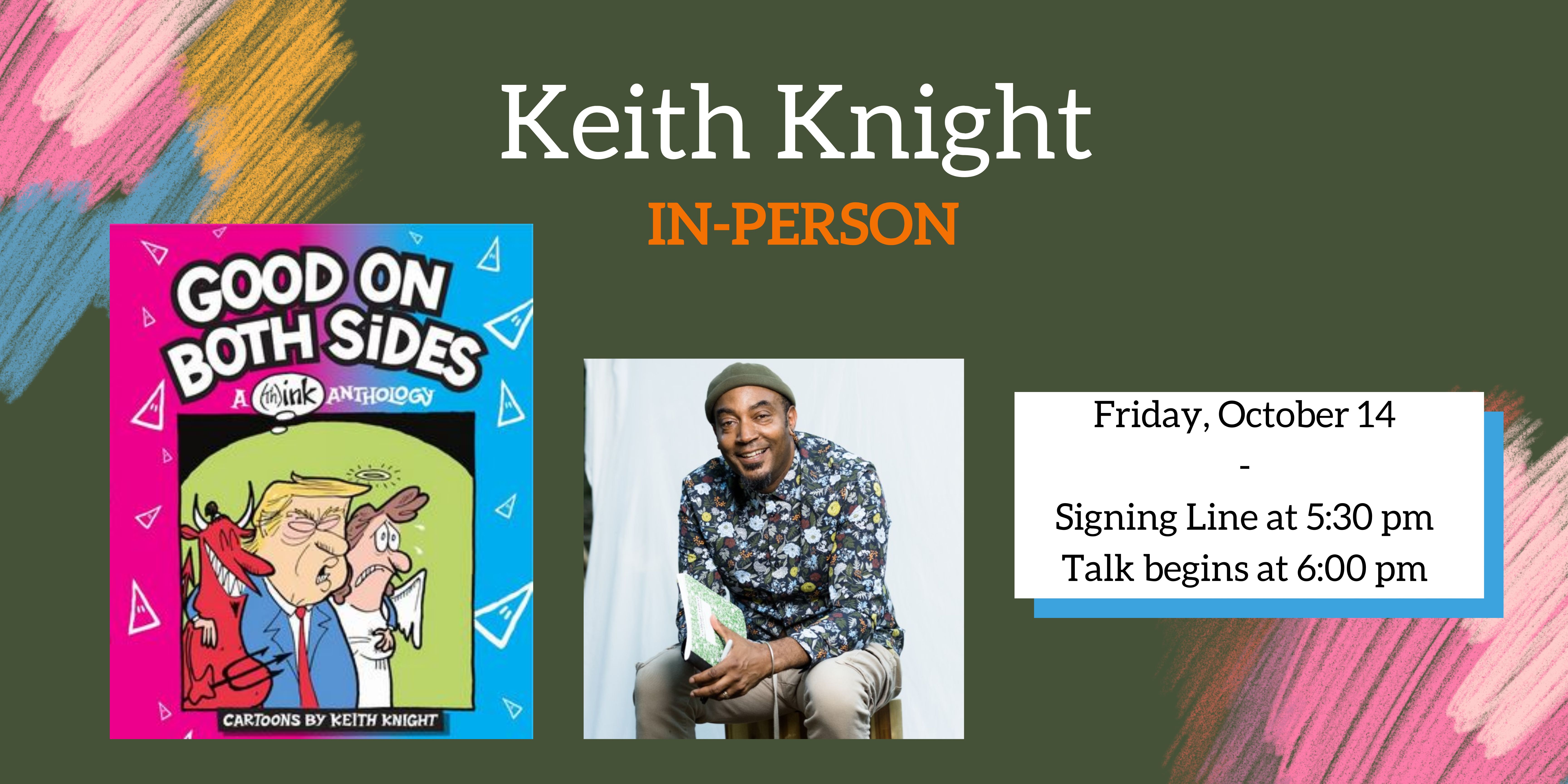 An episode of WOKE on Hulu will be screened at the event.

This collection of comics from cartoonist Keith Knight captures the absurdity and cringeworthiness of the Trump years exquisitely and painfully. Now not only a cartoonist, but the creator of the popular new show Woke on Hulu, Keith Knight has his finger on the pulse of a nation on the brink of democratic and social collapse. As brutal as the subject matter may be, it will be hard to pick this book up without laughing, even if your chuckles are accompanied by a few tears.

Carrboro resident Keith Knight, now an honorary PHD from his alma mater, is a prolific cartoonist whose life inspired the live-action series Woke, currently streaming in its second season on Hulu. His work has appeared in MAD, the Washington Post, the New Yorker and dozens of other publications.  His presentation talks are standing room only in colleges and other venues across the United States and Europe. Among Keith’s many awards are the Glyph Award, the Harvey Kurtzman Award for Best Syndicated Comic Strip, the Inkpot Award from San Diego ComiCon along with receiving a NAACP History Maker Award. He is the current Reuben Awards nominee for Artist of the Year and recently received an honorary doctorate from his alma mater, Salem State University.

Good on Both Sides: A (Th)ink Anthology