Jeff Zentner discusses his debut YA novel The Serpent King

“The Serpent King gripped me in its coils and kept me turning pages late into the night. A triumph of love and dignity." —Stephanie Perkins, New York Times bestselling author

“Characters, incidents, dialogue, the poverty of the rural South, enduring friendship, a desperate clinging to strange faiths, fear of the unknown, and an awareness of the courage it takes to survive, let alone thrive, are among this fine novel’s strengths. Zentner writes with understanding and grace—a new voice to savor.” —Kirkus Reviews, STARRED

“The Serpent King is a book you won’t be able to resist or forget. The Southern boy in me savored every syllable and the reader in me fell in love with every page” —John Corey Whaley, National Book Award finalist and Printz Award winner 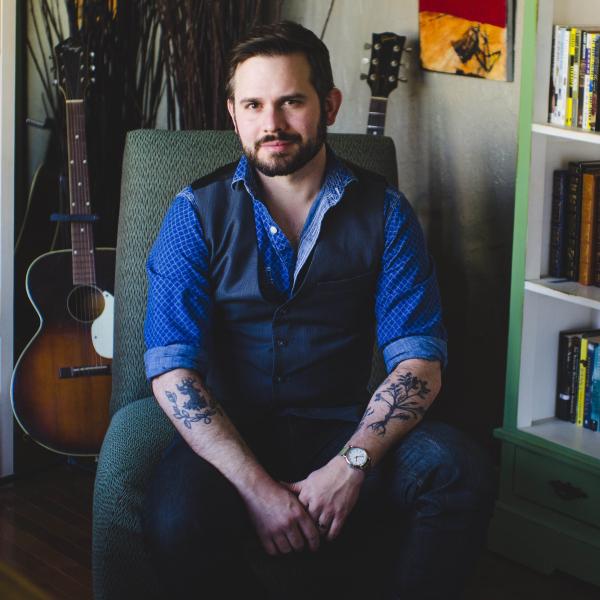 Dill has had to wrestle with vipers his whole life—at home, as the only son of a Pentecostal minister who urges him to handle poisonous rattlesnakes, and at school, where he faces down bullies who target him for his father’s extreme faith and very public fall from grace.
He and his fellow outcast friends must try to make it through their senior year of high school without letting the small-town culture destroy their creative spirits and sense of self. Graduation will lead to new beginnings for Lydia, whose edgy fashion blog is her ticket out of their rural Tennessee town. And Travis is content where he is thanks to his obsession with an epic book series and the fangirl turning his reality into real-life fantasy.
Their diverging paths could mean the end of their friendship. But not before Dill confronts his dark legacy to attempt to find a way into the light of a future worth living.

Jeff Zentner is a singer-songwriter and guitarist who has recorded with Iggy Pop, Nick Cave, and Debbie Harry. In addition to writing and recording his own music, Zentner works with young musicians at Tennessee Teen Rock Camp, which inspired him to write a novel for young adults.  He lives in Nashville with his wife and son.  The Serpent King is his first novel.