IN-PERSON: Roy Hoffman presents THE PROMISE OF THE PELICAN, with Michael J. Gerhardt 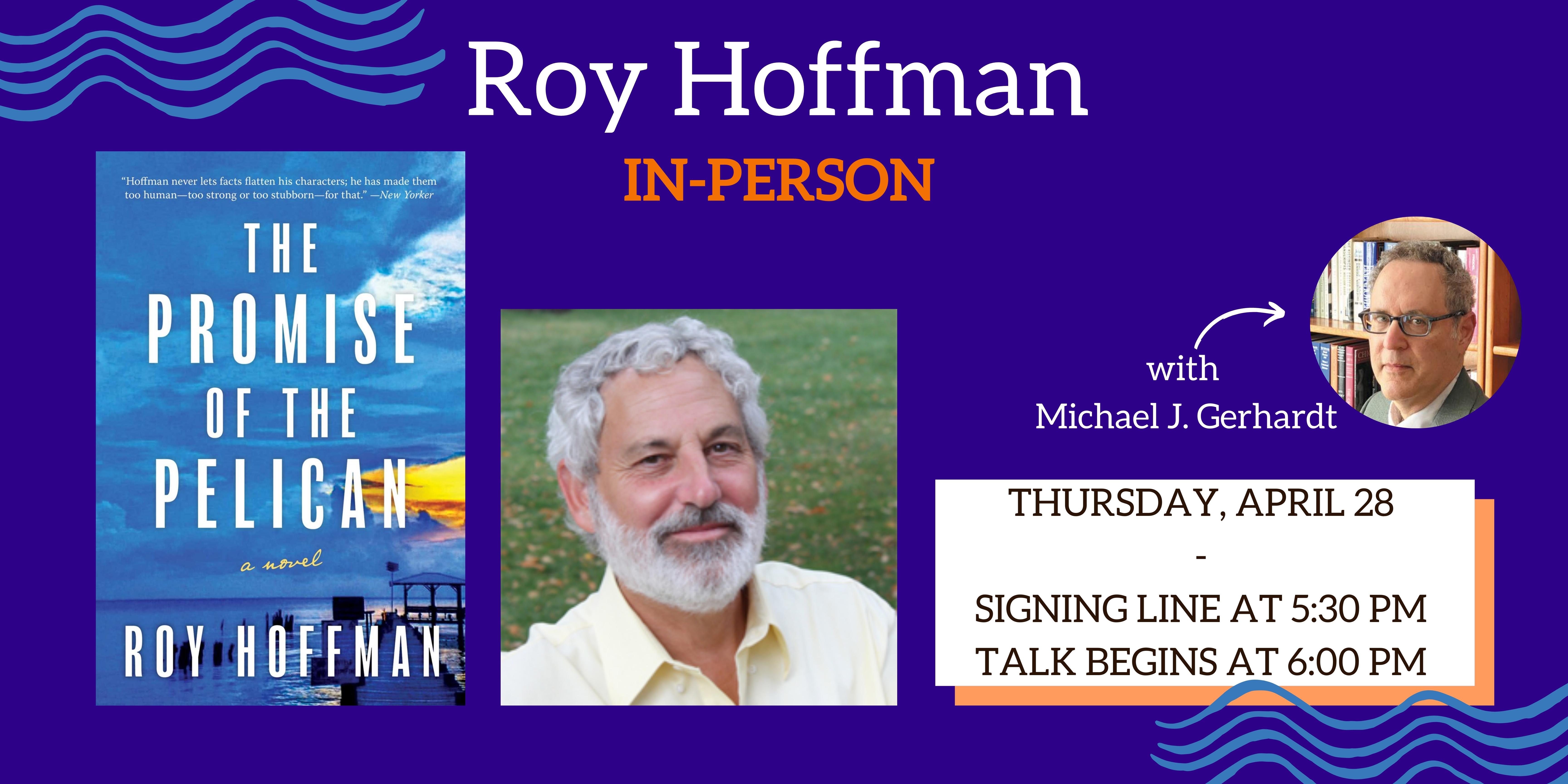 "A thrilling novel, with characters as memorable as those of Shakespearean tragedy...I could not put it down." --Sena Jeter Naslund, author of Ahab's Wife

At once a literary crime novel and an intergenerational family drama, The Promise of the Pelican is set in the multicultural South, where justice might depend on the color of your skin and your immigration status. Hank Weinberg is a modern-day Atticus Finch, recently retired as a defense attorney in Mobile, Alabama, and a Holocaust survivor, who fled the Nazis as a young child. With his daughter in rehab, he's now taking care of his special needs grandson. Mourning his dead wife, spending mornings fishing on the pier with other octogenarians, he passes the rest of his days watching over his sweet grandson with the help of Lupita, a young Honduran babysitter. When her brother Julio, an undocumented immigrant, is accused of murder, Hank must return to the courtroom to defend him while also trying to save his daughter and grandson's life from spinning out of control. The Promise of the Pelican takes its title from the legend that a pelican will pierce its own breast for blood to feed its starving chicks, a metaphor for one old man who risks all to save the vulnerable.

Roy Hoffman is the award-winning author of the novels Come Landfall, Chicken Dreaming Corn, and Almost Family, and nonfiction Alabama Afternoons and Back Home. He has written essays for the New York Times, Washington Post, and Wall Street Journal and was a journalist and speechwriter in New York before returning south. He has reviewed numerous works for the New York Times Book Review and is on the faculty of Spalding University’s Naslund-Mann Graduate School of Writing. A native of Mobile and a Tulane graduate, he resides in Fairhope, Ala. On the web: www.royhoffmanwriter.com

Michael J. Gerhardt is the Burton Craig Distinguished Professor of Jurisprudence at the University of North Carolina at Chapel Hill. In 2019, he was one of four constitutional scholars called by the House Judiciary Committee during President Trump’s impeachment proceedings. He has testified more than twenty times before Congress, spoken to the entire House of Representatives during President Clinton’s impeachment, and twice served as CNN’s impeachment expert. His op-eds have appeared in the New York Times and Washington Post.  In 2015, he became the first legal scholar to serve as the Library of Congress’ principal adviser in revising the official annotation of the United States Constitution. He lives in Chapel Hill, North Carolina, with his wife Deborah, their three sons Ben, Daniel, and Noah, and their two dogs Ari and Lyla.

The Promise of the Pelican: A Novel (Hardcover)

Lincoln's Mentors: The Education of a Leader (Paperback)