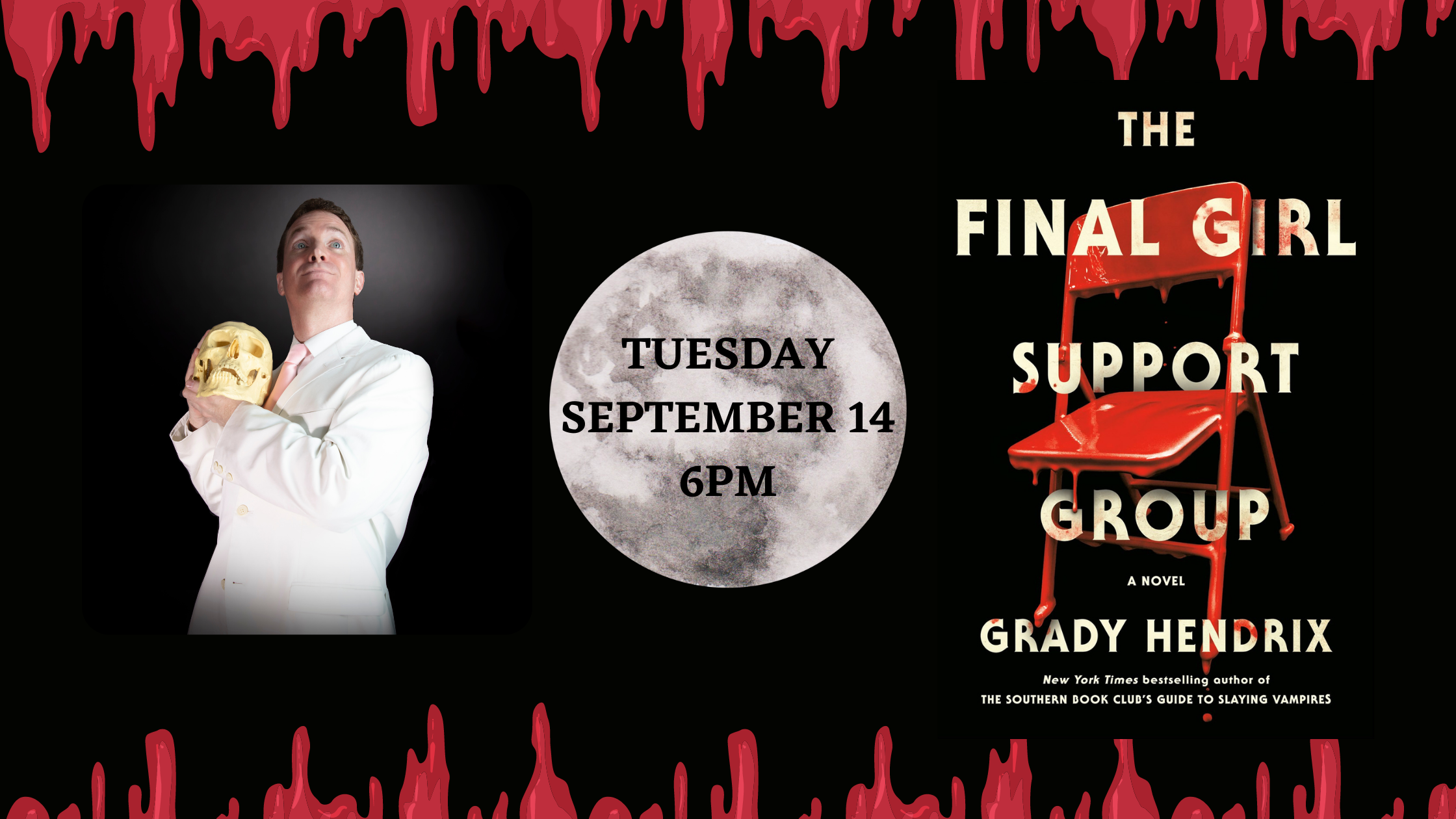 Tueday, September 14, 2021 - 6:00 pm (click here to register via Crowdcast)
Scroll to the bottom of this webpage to purchase your copy!

“A great read…[Hendrix] excels at writing horror humor… His characters are funny and real, though at least one will definitely lose a limb at some point…Though the final girls’ plight has all the scares of great horror fiction, there is an element of truth in their situation that will be recognizable to anyone who has experienced real trauma.” – The New York Times

A fast-paced, thrilling horror novel that follows a group of heroines to die for, from the brilliant New York Times bestselling author of The Southern Book Club’s Guide to Slaying Vampires.

In horror movies, the final girl is the one who’s left standing when the credits roll. The one who fought back, defeated the killer, and avenged her friends. The one who emerges bloodied but victorious. But after the    sirens fade and the audience moves on, what happens to her?

Lynnette Tarkington is a real-life final girl who survived a massacre twenty-two years ago, and it has defined every day of her life since. And she’s not alone. For decades she’s been meeting with five other actual final   girls and their therapist in a support group for those who survived the unthinkable, putting their lives back together, piece by piece. That is until one of the women misses a meeting and Lynnette’s worst fears are realized—someone knows about the group and is determined to take their lives apart again, piece by piece. But the thing about these final girls is that they have each other now, and that no matter how bad the odds, how dark the night, how sharp the knife…they will never, ever give up.

Grady Hendrix is an award-winning novelist and screenwriter living in New York City. He is the author of Horrorstör, My Best Friend’s Exorcism, We Sold our Souls, and the New York Times bestselling The Southern Book Club’s Guide to Slaying Vampires, which is being adapted into a series by AmazonStudios. Grady also authored the Bram Stoker Award-winning nonfiction book, Paperbacks from Hell, a history of the horror paperback boom of the ’70s and 80s.

Paperbacks from Hell: The Twisted History of '70s and '80s Horror Fiction (Paperback)