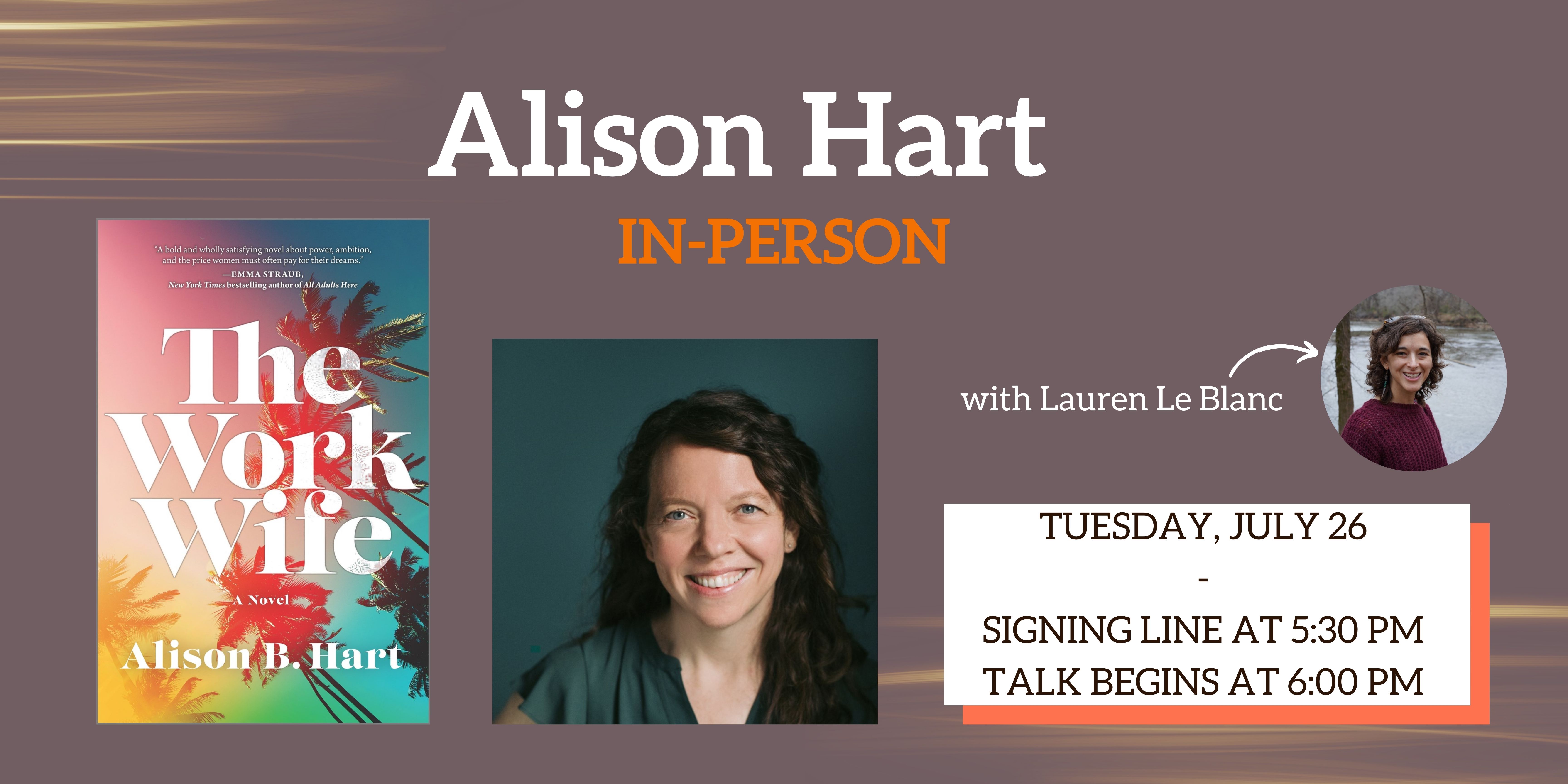 Can't make it to the event? Click here to order your copy (by 5 pm on July 25) and use your order comments to let us know how you'd like them personalized—or just plain signed. We'll ship them out to you after the event!

Zanne Klein never planned to be a personal assistant to Hollywood royalty Ted and Holly Stabler. But a decade in, at thirty-eight, that's exactly how she spends her days, earning six figures to make sure the movie mogul and his family have everything they could ever dream of, and more. However, today is no ordinary day at the Stabler estate. Tonight, everyone who's anyone will be there for the Hollywood event of the season, and if the party’s a success, that chief-of-staff job Zanne's been chasing may soon be hers. Which means she can buy a house, give her girlfriend the life she deserves, pay off her student loans.

Nothing's going to get in Zanne’s way—not disgruntled staff, not a nosy reporter, not even a runaway hostess. But when Ted’s former business partner, Phoebe Lee, unexpectedly shows up right before go-time, Zanne suddenly has a catastrophe unfolding before her—one with explosive consequences. As the truth comes out and Zanne realizes how deeply entangled she's become in the Stablers' world, she must decide if the sacrifices she's made for the job are worth the moral price she has to pay.

Told over the course of a single day and from three fierce perspectives, The Work Wife is a richly observed novel about female ambition, complicity, privilege, and what happens when the brightest of stars aren't allowed to shine.

Alison B. Hart's writing has appeared in Joyland Magazine, Literary Hub, The Missouri Review, The Millions, The Offing, and The Florida Review. She is the co-founder of the long-running reading series at Pete's Candy Store and received her MFA from The New School. She grew up in Los Angeles and now lives in North Carolina with her family. The Work Wife is her first novel. Visit her website, alisonbhart.com, or find her on Twitter, @alisonbhart, and on Instagram, @alisonhart800

Lauren Le Blanc is the NY Observer's books columnist and an independent book editor. She has written for the New York Times Book Review, Vanity Fair, the Atlantic, and the Los Angeles Times, among others. A New Orleans native, she now lives in Chapel Hill, N.C.