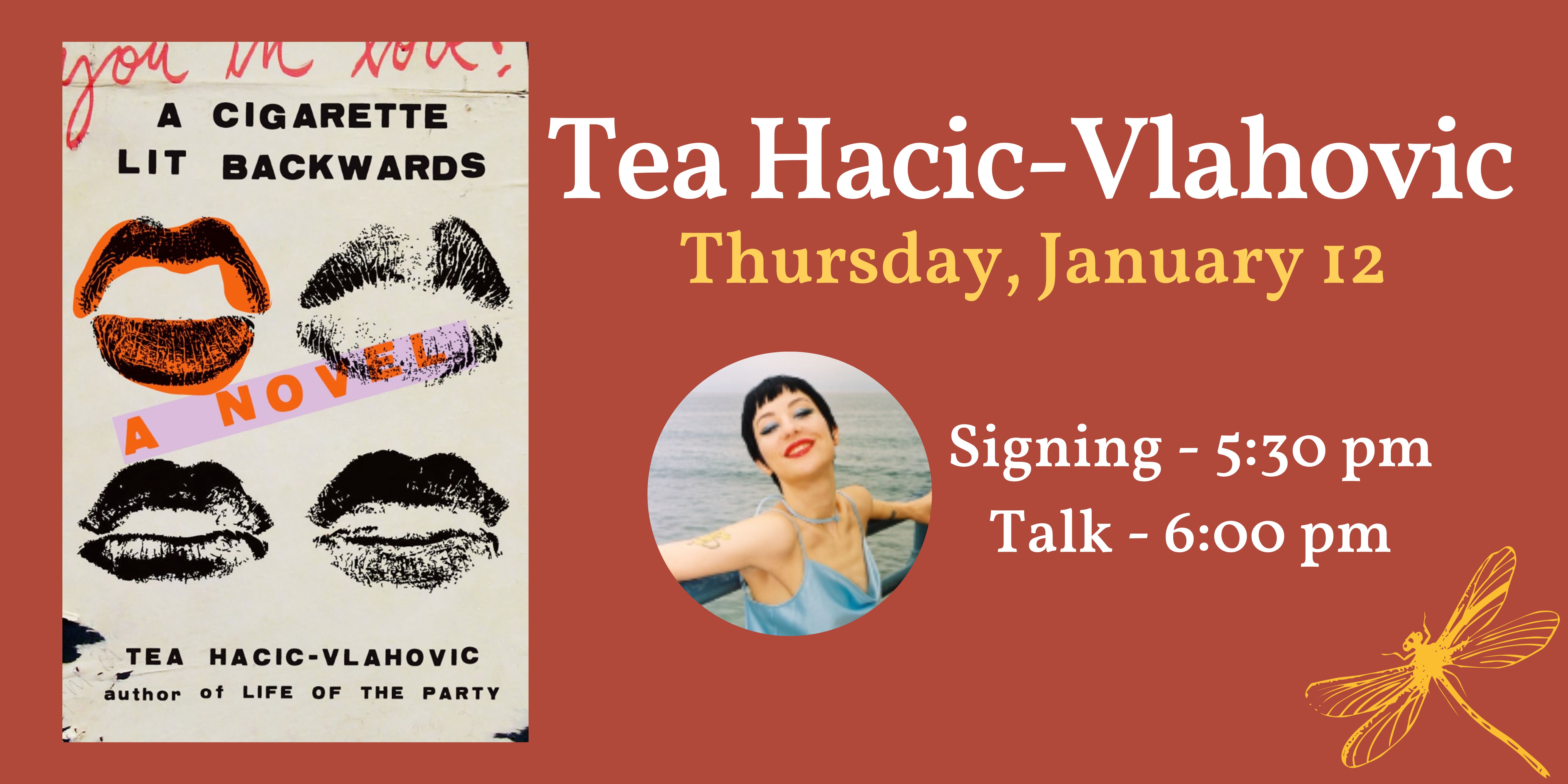 Flyleaf will offer seating for up to 60 in-person guests, with priority access given to folks who purchase the book. Masks recommended.

Set in the punk-rock scene of the early 2000s and vibrating with the intense ache of bad choices and deep longing, a needle-sharp portrait of a young woman and how far she’ll go to find acceptance

Kat is dying to be accepted by the North Carolina punks; she is totally desperate to seem cool. At a punk show, she ends up backstage with a rock star and gets noticed by a photojournalist. And then—a dream come true for Kat—her reputation as a groupie icon skyrockets. But to maintain this notoriety, Kat makes a series of devastating choices, and soon enough, she becomes unrecognizable to herself and others. Tea Hacic-Vlahovic’s A Cigarette Lit Backwards is a sometimes funny, often brutally honest novel about ambition and self-discovery and how a world of glamour and cool exerts its bold and breathless pull. In prose that seduces, glitters, and exhilarates, Tea Hacic-Vlahovic has written a novel that is both a wild party and a somber reckoning, consolidating her status as a thrilling and essential new voice for our time.

Tea Hacic-Vlahovic is a Croatian-American writer based in Los Angeles. She has contributed to numerous publications, including i-D, Dazed, Oyster, Flaunt, and Autre magazines and has also served as a columnist for Vice and Wired Italy, a contributing editor for Wonderland magazine, and the director of Bullett TV. In spring 2020 her first novel, Life of the Party, was released in the United States by Clash Books to critical acclaim. It was an instant bestseller in Italy and is soon to be a film.

Life of the Party (Paperback)