IN-PERSON: Jim Grimsley presents THE DOVE IN THE BELLY 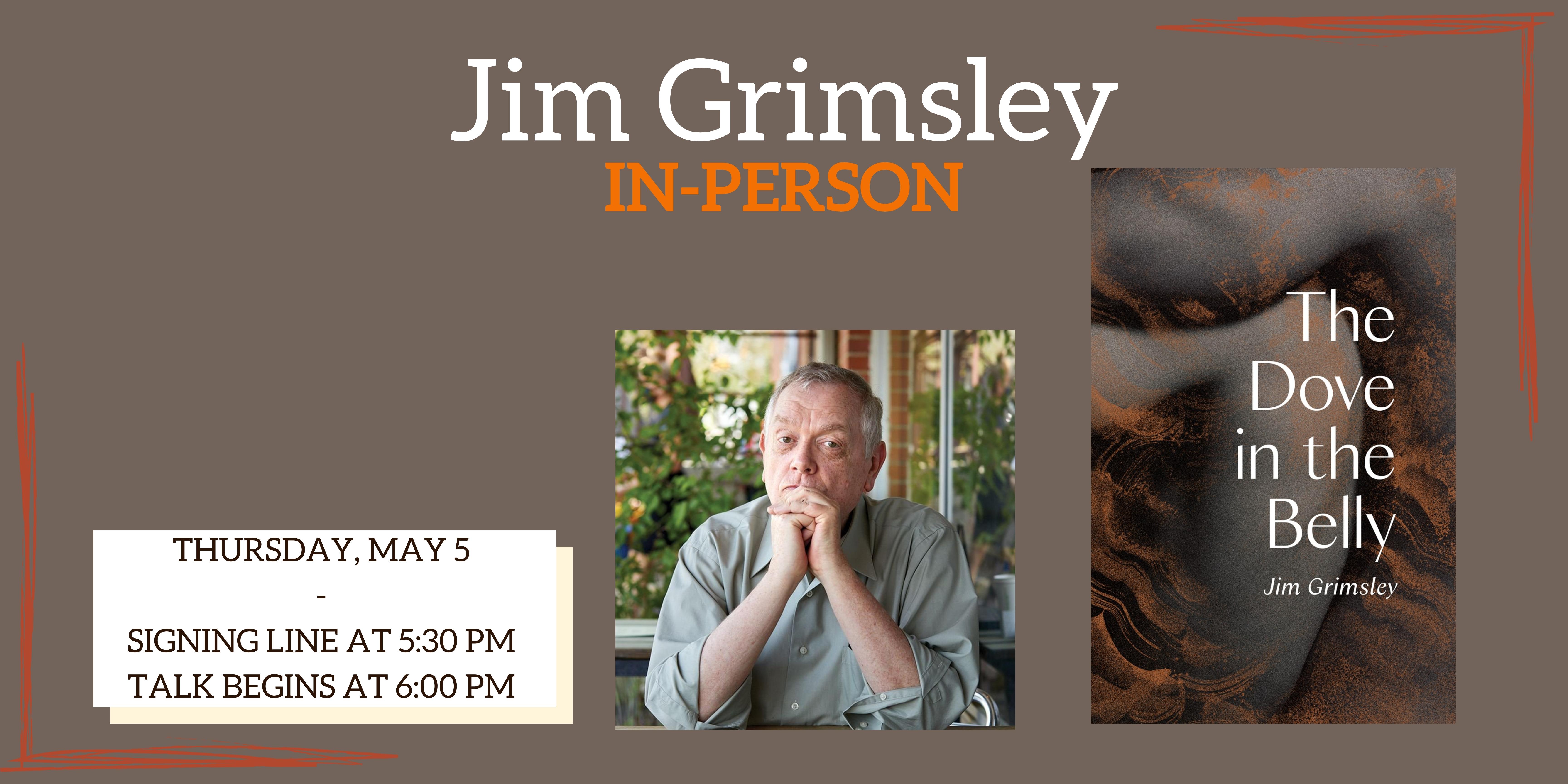 A story of the electric, dangerous, sometimes tender but always powerful attraction between two very different boys. But it's also about the full cycles of love and life and how they open in us the twinned capacities for grief and joy.

At the University of North Carolina, Ronny's made some friends, kept his secrets, survived dorm life, and protected his heart. Until he can't. Ben is in some ways Ronny's opposite; he's big and solid where Ronny is small and slight. Ben's at UNC on a football scholarship. Confident, with that easy jock swagger, and an explosive temper always simmering. He has a steady stream of girlfriends. Ben's aware of the overwhelming effect he has on Ronny. It's like a sensation of power. So easy to tease Ronny, throw playful insults, but it all feels somehow loaded.

Meanwhile Ronny's mother has moved to Vegas with her latest husband. And Ben's mother is fighting advanced cancer. A bubble forms around the two, as surprising to Ronny as it is to Ben. Within it their connection ignites physically and emotionally. But what will happen when the tensile strength of a bubble is tested? When the rest of life intervenes?

The Dove in the Belly is about the electric, dangerous, sometimes tender but always powerful attraction between two very different boys. But it's also about the full cycles of love and life and how they open in us the twinned capacities for grief and joy.

Jim Grimsley was born in rural eastern North Carolina and was educated at the University of North Carolina at Chapel Hill. Jim’s first novel, Winter Birds, won the Sue Kaufman Prize for best first novel from the American Academy of Arts and Letters and was a finalist for the PEN/Hemingway Award. He has published other novels, including Dream Boy, Kirith Kirin, and My Drowning. His books are available in Hebrew, German, French, Spanish, Dutch, and Portuguese. He has also published a collection of plays and most recently a memoir, How I Shed My Skin. His body of work as a prose writer and playwright was awarded the Academy Award in Literature from the American Academy of Arts and Letters in 2005. For twenty years he taught writing at Emory University in Atlanta.

The Dove in the Belly (Hardcover)