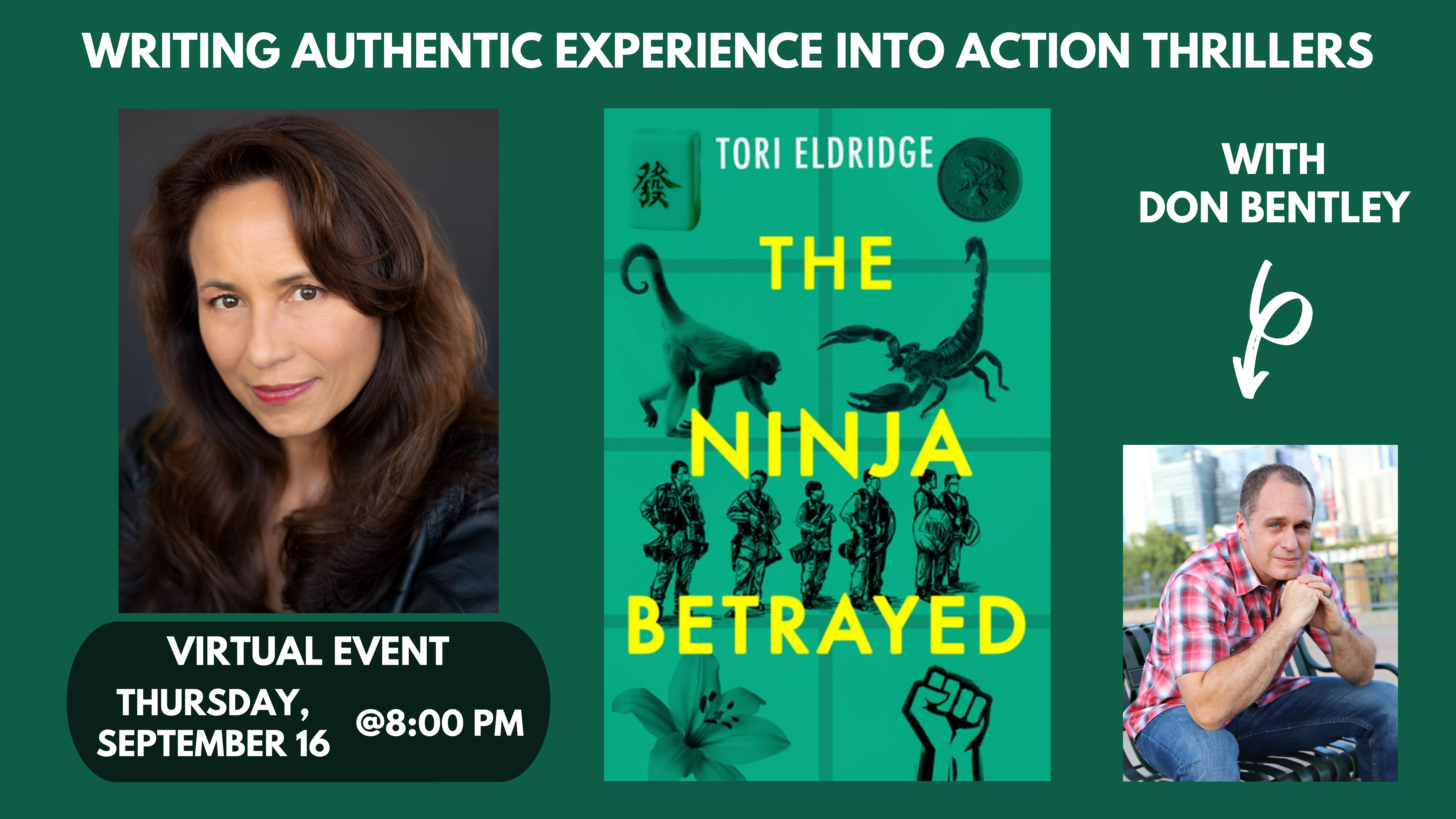 Thursday, September 16, 2021 - 8:00 pm (click here to register with Crowdcast)
Scroll to the bottom of this page to purchase books by the featured authors!

Things get personal for Chinese-Norwegian modern-day ninja Lily Wong in Hong Kong when she dives into the dangerous world of triads, romance, and corporate disaster during the height of the pro-democracy protests.

Lily’s mother has been summoned by her grandfather, Gung-Gung to attend an emergency board meeting, and Lily is happy to take her father’s place for exotic travel, family reunions, and romantic dates with her new boyfriend, Daniel Kwok, who's there for business. Lily and her mother stay at her grandparents' hillside home on Hong Kong Island, but tension between Gung-Gung and Ma makes it hard to enjoy the beautiful surroundings, especially with the city in turmoil. Gung-Gung won’t say anything about the meeting and Ma is worried that her career is in jeopardy. Meanwhile, the teenage daughter of Gung-Gung's driver is pulled into the dangerous riots.

As Lily and Ma discover shaky finances, questionable loans, and plans for the future involving them both, Lily's escalating romance with Daniel puts her heart at risk. Will her ninja skills allow her to protect her mother, the family business, and the renegade teen while navigating love, corporate intrigue, and murderous triads?

Tori Eldridge is the Anthony, Lefty, and Macavity Awards-nominated author of the acclaimed Lily Wong series: The Ninja Daughter, The Ninja's Blade, and The Ninja Betrayed. Her short stories have been published in horror, dystopian, and other literary anthologies, and her narrative poem appears in the inaugural reboot of Weird Tales magazine. Tori's screenplay The Gift earned a semi-finalist spot for the Academy Nicholl Fellowship. Before writing, she performed as an actress, singer, dancer on Broadway, television, and film. Tori holds a fifth-degree black belt in To-Shin Do ninjutsu and has traveled the U.S. teaching ninja martial arts and women's empowerment. Her dark fantasy Dance Among the Flames, about a powerful Quimbanda priestess who rises from the slums of Brazil, releases May 24, 2022. Visit her website at torieldridge.com.

Don Bentley spent a decade as an Army Apache helicopter pilot during which time he was stationed in South Korea, Germany, and Texas. While deployed to Afghanistan as a Troop Commander in support of Operation Enduring Freedom VI, Don was awarded the Bronze Star Medal and the Air Medal with “V” device for valor. Following his time in the military, Don worked as an FBI Special Agent and was a member of the Dallas Office Special Weapons and Tactics (SWAT) team. Since leaving the FBI, Don has worked for a number of companies that develop technology for the U.S. Special Operations Community. He holds a B.S. in Electrical and Computer Engineering from the Ohio State University, and an M.F.A in Writing Popular Fiction from Seton Hill University. Don is the author of the Matt Drake thriller series, including Without Sanction, The Outside Man, and two forthcoming titles, as well as Target Acquired, a Tom Clancy Jack Ryan, Jr. novel. Visit his website at www.donbentleybooks.com.

The Outside Man (A Matt Drake Thriller #2) (Hardcover)