“On one level the book is a straightforward memoir; on another it’s a thoughtful, painfully honest, multi-angled, constant self-interrogation about himself and about the health implications of being black… It’s rare to find anyone willing to examine the vicissitudes of their own feelings so rigorously, like someone constantly unpicking pieces of clothing to see the stitches.” 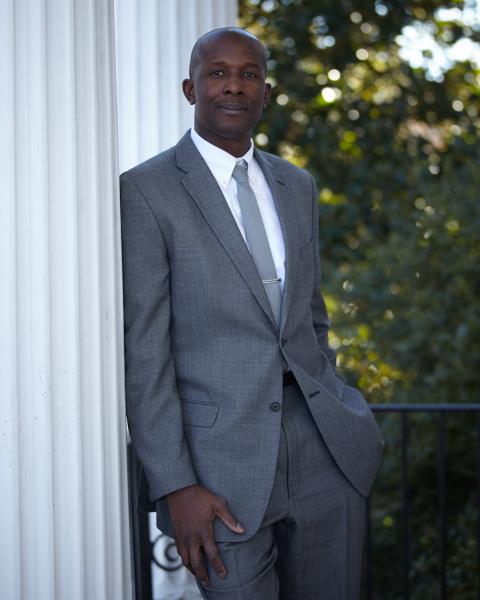 One doctor’s passionate and profound memoir of his experience grappling with race, bias, and the unique health problems of black Americans.

When Damon Tweedy begins medical school, he envisions a bright future where his segregated, working class background will become largely irrelevant. Instead, he finds that he has joined a new world where race is front and center. The recipient of a scholarship designed to increase black student enrollment, Tweedy soon meets a professor who bluntly questions whether he belongs in medical school, a moment that crystallizes the challenges he will face throughouthis career. Making matters worse, in lecture after lecture the common refrain for numerous diseases resounds, “More common in blacks than whites.”

Black Man in a White Coat examines the complex ways in which both black doctors and patients must navigate the difficult and often contradictory terrain of race and medicine. As Tweedy transforms from student to practicing physician, he discovers how often race influences his encounters with patients. Through their stories, he illustrates the complex social, cultural, and economic factors at the root of most health problems in the black community. These issues take on greater meaning when Tweedy is himself diagnosed with a chronic disease far more common among black people. In this powerful, moving, and deeply empathic book, Tweedy explores the challenges confronting black doctors, and the disproportionate health burdens faced by black patients, ultimately seeking a way forward to better treatment and more compassionate care.

DAMON TWEEDY is a graduate of Duke Medical School and Yale Law School. He is an assistant professor of psychiatry at Duke University Medical Center and staff physician at the Durham VA Medical Center. He has published articles about race and medicine in the Journal of the American Medical Association and the Annals of Internal Medicine. His columns and op-eds have appeared in The New York Times, the Chicago Tribune, the Raleigh News & Observer,and the Atlanta Journal-Constitution. He lives outside Raleigh-Durham, North Carolina, with his family.

Black Man in a White Coat: A Doctor's Reflections on Race and Medicine (Hardcover)