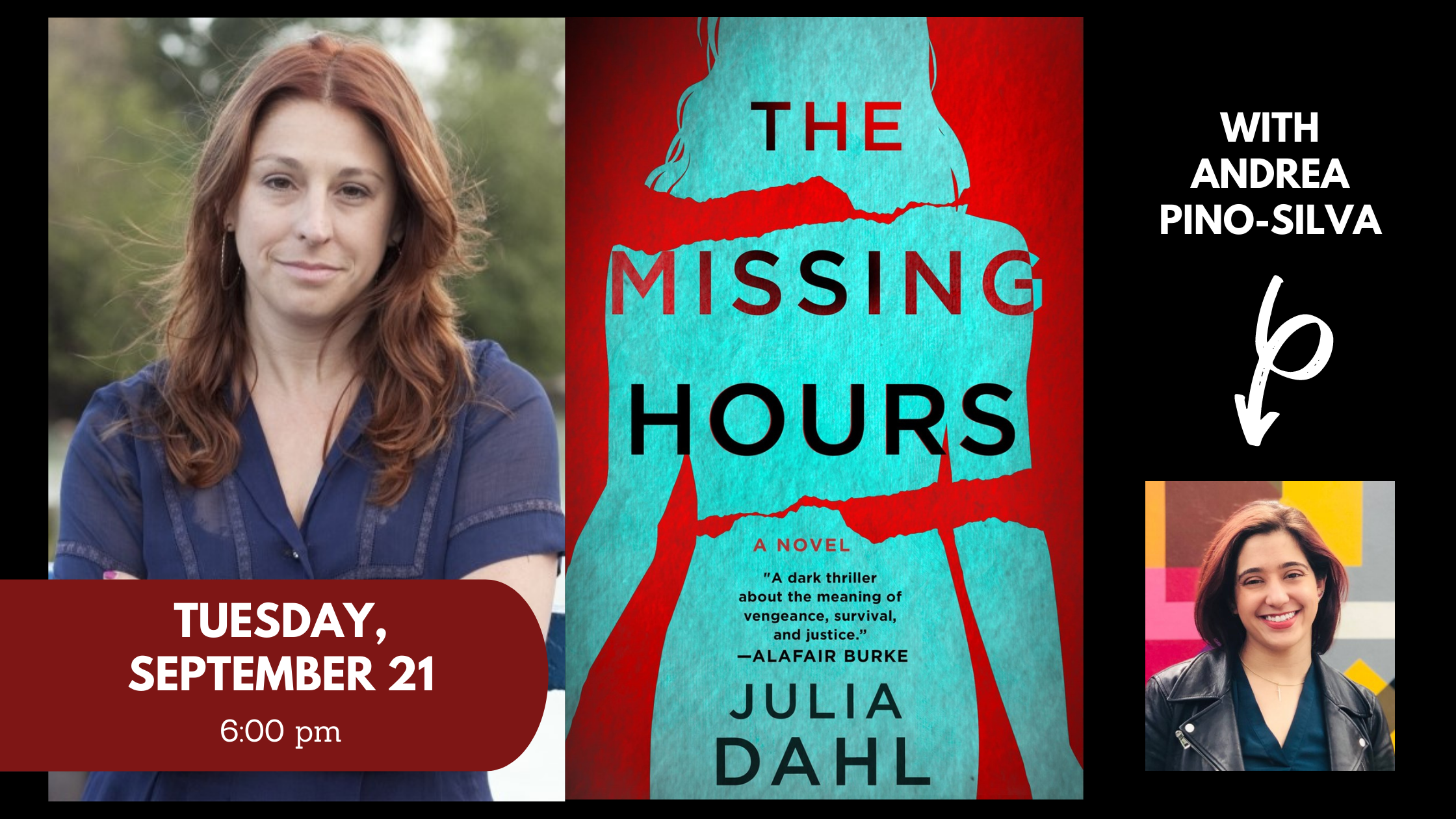 Tuesday, September 21, 2021 - 6:00 pm (click here to register via Crowdcast)
Scroll down to purchase your copy of The Missing Hours!

From a distance, Claudia Castro has it all: a famous family, a trust fund, thousands of Instagram followers, and a spot in NYU’s freshman class. But look closer, and things are messier: her parents are separating, she’s just been humiliated by a sleazy documentary, and her sister is about to have a baby with a man she barely knows.

Claudia starts the school year resolved to find a path toward something positive, maybe even meaningful—and then one drunken night everything changes. Reeling, her memory hazy, Claudia cuts herself off from her family, seeking solace in a new friendship. But when the rest of school comes back from spring break, Claudia is missing.

Suddenly, the whole city is trying to piece together the hours of that terrible night.

From the critically acclaimed author of Invisible City and Conviction, The Missing Hours is a novel about obsession, privilege, and the explosive consequences of one violent act.

Julia Dahl is the author of Conviction, Run You Down, and Invisible City, which was a finalist for the Edgar Award for Best First Novel, one of the Boston Globe’s Best Books of 2014, and has been translated into eight languages. A former reporter for CBS News and the New York Post, she now teaches journalism at NYU.

Andrea L. Pino-Silva is a public scholar on issues of global gender based violence, media framing of violence, portrayals of gender and sexuality and Latinx identity, and narratives of survivorhood. She is a policy and media strategist committed to bringing together grassroots organizing and radical storytelling to build intersectional and accessible social movements. Andrea believes in the power of stories behind movements, and their unique power to mobilize “everyday activism,” and has worked across progressive movements, with a focus on interpersonal violence. Starting August 2021, Andrea will be starting her doctoral studies in American Studies at The University of North Carolina at Chapel Hill, pursuing research on the framing of gender based violence survivor movements and global community led solutions to violence.

The Missing Hours: A Novel (Hardcover)