CANCELED: William "Mecca" Elmore and Susan "Simone" present PRISON FROM THE INSIDE OUT 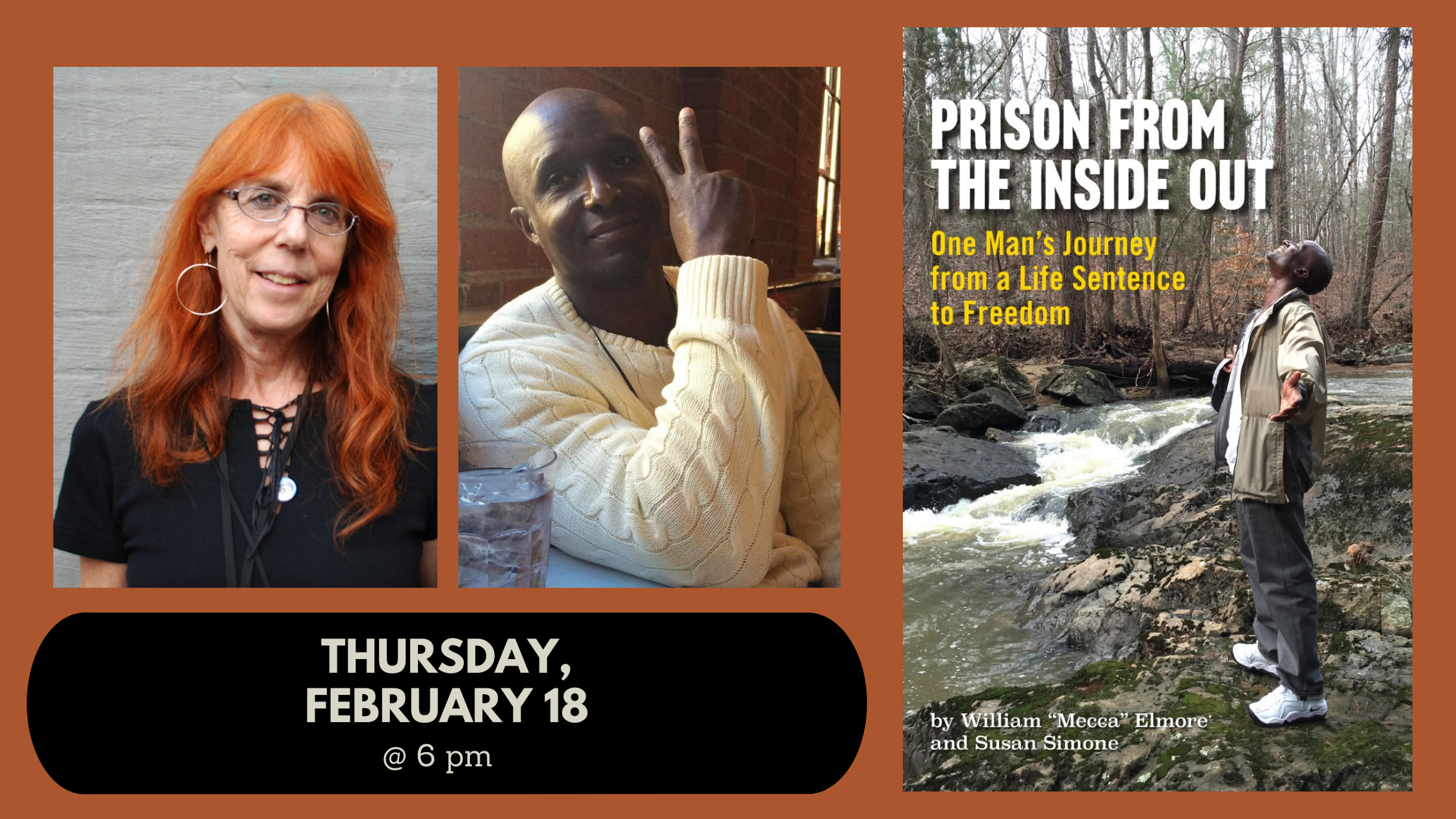 Unfortunately, this event has been canceled due to a scheduling conflict with the author. If we are able to reschedule the talk, we will update our readers via the Flyleaf newsletter.
Thursday, February 18, 2021 - 6:00 pm (register via Crowdcast here)
Scroll to the bottom of this webpage to purchase the featured title.

Prison from the Inside Out is both a book and an act of trust. A black man from New Jersey and a white woman from New York meet in a workshop at a North Carolina prison. They decide they have something to tell the world about incarceration, self-esteem, personal growth, survival, and the power of trust. Together they have created this book.

In North Carolina, in 1992, life without parole sounded like a death sentence to a 22-year-old Black man. His mother leans into the glass of the visiting room and says, "Promise me, if I fight to get you out of here, you'll do what you need to do inside." This is the story of the journey that follows that promise. 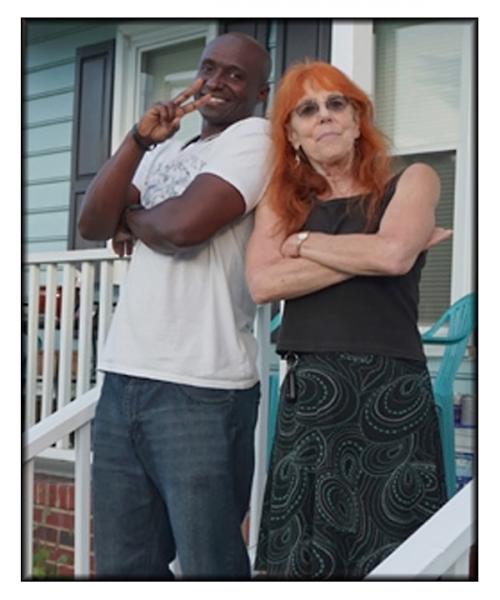 In 1993, William "Mecca" Elmore was convicted of first-degree murder and sentenced to spend his natural life in prison. Before trial, Mecca was offered a plea. The plea stated that the shooting was planned and that he had fired with intent to kill. Mecca refused to sign. For the next 24 years he lived as a “lifer” in eleven North Carolina prisons. In 2012, Mecca was granted a MAPP, a parole program for people convicted prior to the 1995 changes in sentencing. On Dec. 15, 2015 he left that prison, a free man. Since his release, Mecca has committed himself to outreach, working with youth and addiction through RSN, leading re-entry programs through Step-Up, S.W.I.T. (Success While in Transition), and Wounded Healers.

Susan "Simone" is a documentary photographer and oral historian. Her documentary projects include We Are All Housekeepers, a study of labor history on the UNC campus, Fotos del Pueblo, an early look at the emerging Latinx community in North Carolina, Habitat For Humanity:  Celebration 2000, and Nepal and Tibet: The People Who Live in Shangri-La, a collaboration with Nepali poet Manjul. Simone began her prison work in the 1990s as the coordinator of the Prison Pen Pal Project for the North Carolina Writer's Network and taught creative non-fiction in the North Carolina Correctional Center for Women. Since 2009, Simone has been a volunteer at the Orange Correctional Center in Hillsborough, NC, incorporating writing, film, art, and spoken word in a two-hour, eclectic, weekly learning circle.

Prison From The Inside Out: One Man's Journey From A Life Sentence to Freedom (Paperback)