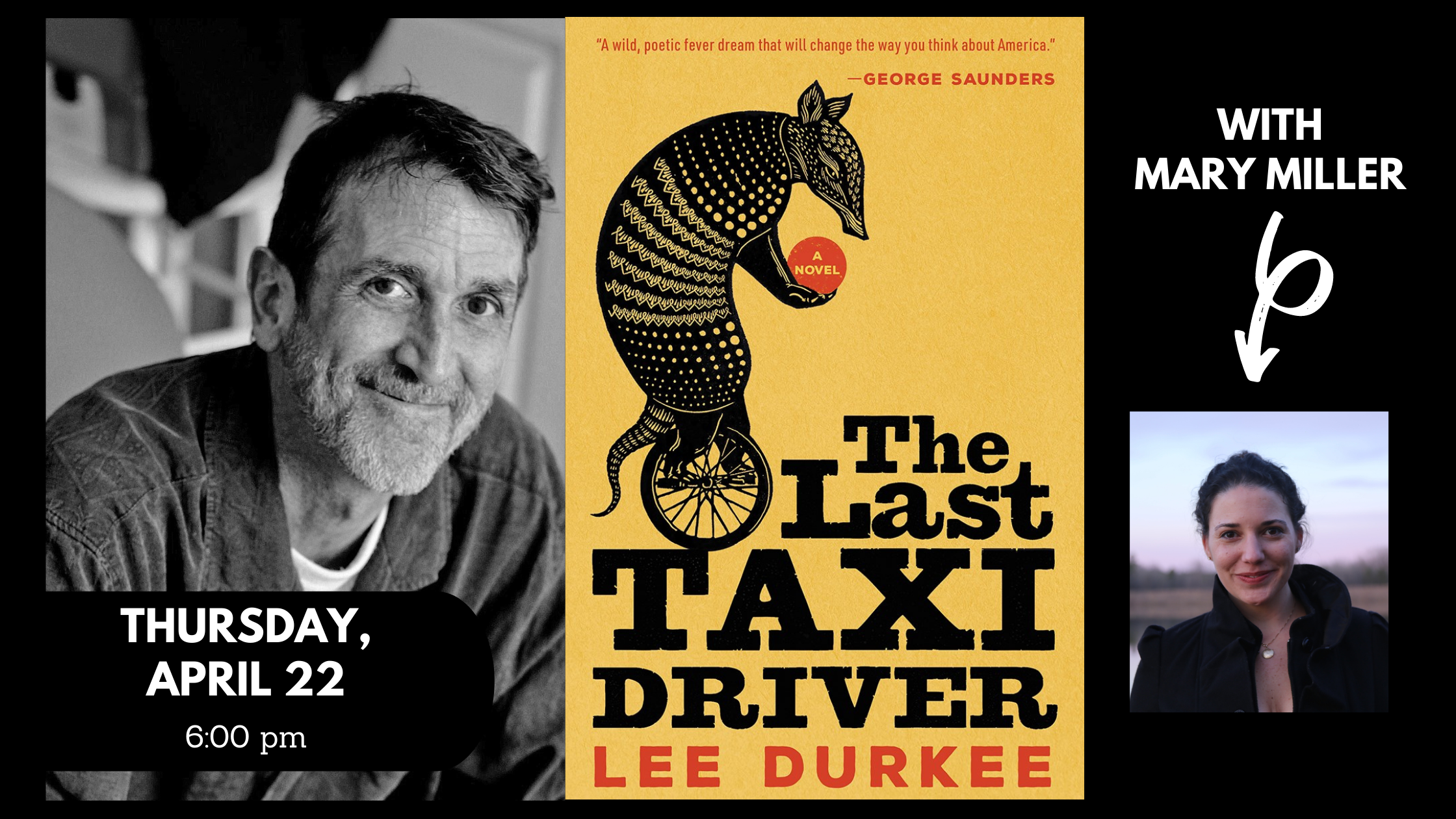 Thursday, April 22, 2021 - 6:00 pm (click here to register via Crowdcast)
Scroll to the bottom of this webpage to purchase titles by Lee and Mary.

Hailed by George Saunders as “a true original—a wise and wildly talented writer,” Lee Durkee takes readers on a high-stakes cab ride through an unforgettable shift. Meet Lou—a lapsed novelist, struggling Buddhist, and UFO fan—who drives for a ramshackle taxi company that operates on the outskirts of a north Mississippi college town. With Uber moving into town and his way of life vanishing, his girlfriend moving out, and his archenemy dispatcher suddenly returning to town on the lam, Lou must finish his bedlam shift by aiding and abetting the host of criminal misfits haunting the back seat of his disintegrating Town Car. Lou is forced to decide how much he can take as a driver, and whether keeping his job is worth madness and heartbreak.

Shedding nuts and bolts, The Last Taxi Driver careens through highways and back roads, from Mississippi to Memphis, as Lou becomes increasingly somnambulant and his fares increasingly eccentric. Equal parts Bukowski and Portis, Durkee’s darkly comic novel is a feverish, hilarious, and gritty look at a forgotten America and a man at life’s crossroads.

Lee Durkee is the author of the novels The Last Taxi Driver and Rides of the Midway. His stories and essays have appeared in Harper’s Magazine, The Sun, Best of the Oxford American, Zoetrope: All-Story, Tin House, New England Review, and Mississippi Noir. In 2021, his memoir Stalking Shakespeare will chronicle his decade-long obsession with trying to find lost portraits of William Shakespeare. A former cab driver, he lives in north Mississippi.

Mary Miller is the author of two collections of short stories and two novels—most recently, Biloxi. Her stories have appeared in The Paris Review, Pushcart Prize 2020, American Short Fiction, and The Best of McSweeney’s, among many others.

Rides of the Midway: A Novel (Paperback)