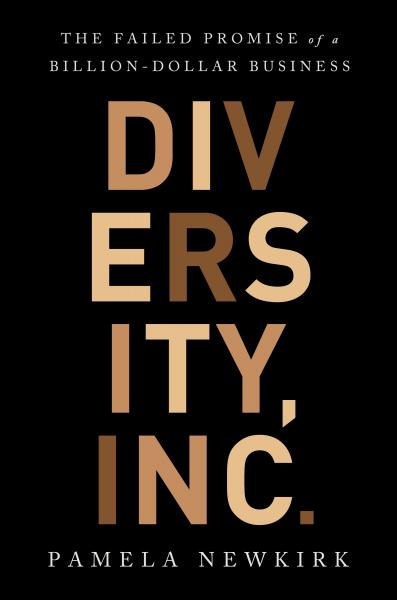 An award-winning journalist shows how workplace diversity initiatives have turned into a profoundly misguided industry-and have done little to bring equality to America’s major industries and institutions.

In the near future, white Americans will no longer constitute a national majority. Despite this, elite institutions such as Hollywood, corporate America, and academia are disproportionately white. In an effort to “diversify,” industry and foundation leaders have pledged hundreds of millions of dollars to commission studies and training sessions; hire consultants and create diversity programs to address the glaring paucity of people of color among their ranks. But is it working?

In Diversity, Inc., award-winning journalist Pamela Newkirk explores these three industries, showing how the vast majority of their diversity efforts are all optics. For example, between 2014 and 2016, Google spent $265 million dollars on some of the most common tactics for diversifying the workforce, but their percentage of black employees remains stubbornly at 2%. In showing why these efforts are failing, Newkirk more importantly shows us what we can do to actually better achieve these worthy goals.

Pamela Newkirk is an award-winning journalist and a professor of journalism at New York University who has written extensively about diversity in the news media and art world. She is the author of Spectacle: The Astonishing Life of Ota Benga, which won the NAACP Image Award, and Within the Veil: Black Journalists, White Media, which won the National Press Club Award for media criticism, as well as the editor of Letters from Black America. Newkirk’s articles and reviews are regularly published in major media, including The Washington Post, The New York Times, The Guardian, The Nation, and The Chronicle of Higher Education. She lives in New York City.

Diversity, Inc.: The Failed Promise of a Billion-Dollar Business (Hardcover)