Flyleaf is happy to offer a 10% discount on the below titles for Cedar Ridge students. Just mention in the order comments that you're buying for a student, and we will adjust the charge before processing your order. While we do not have a curbside pickup option available at this time, we have several inexpensive shipping options, including $1 shipping for orders over $25. Thank you! 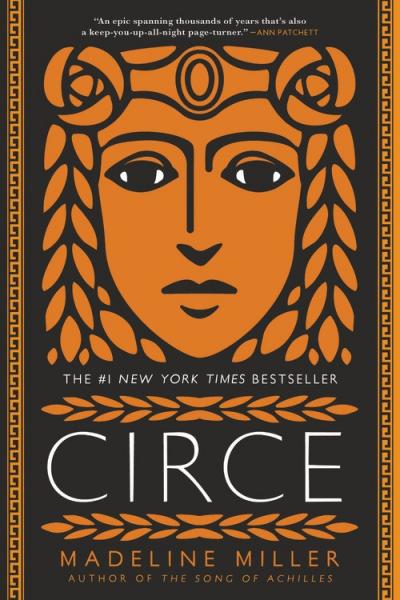 Rising seniors will be required to read the novel Circe by Madeline Miller prior to the beginning of the fall semester. Circe recasts events from The Odyssey from the perspective of the goddess witch. Most of you read The Odyssey in some form in middle school or 9th grade, and many of you have also read The Iliad in one form or other. I recognize that some of you may have had limited exposure to Homer’s epics. It will be essential for you to have a working understanding of the literary and cultural significance of the Iliad and Odyssey as well as a functional understanding of the plot and characterization in The Odyssey, in particular. Consider the extent to which you need to build your contextual understanding of Homer’s works before jumping into Circe. I promise--the novel will be far more rewarding for those of you that take the time to develop a working understanding of the origin epic and the general characterization of Odysseus/Ulysses.

The books listed below have been selected to help you form a more complete, nuanced, and sophisticated understanding of Greek culture, religion, and myth. Of course, as we read a contemporary text that is responding to ancient ones, we should consider the ways in which our world is shaped by the past. Miller invites us to think about strength and power, gender, family, sacrifice, and heroism through a different lens--one that I, personally, find illuminating and fresh.

"Circe,' [is] a bold and subversive retelling of the goddess's story that manages to be both epic and intimate in its scope, recasting the most infamous female figure from the Odyssey as a hero in her own right."―Alexandra Alter, New York Times

"One of the most amazing qualities of this novel [is]: We know how everything here turns out - we've known it for thousands of years - and yet in Miller's lush reimagining, the story feels harrowing and unexpected. The feminist light she shines on these events never distorts their original shape; it only illuminates details we hadn't noticed before."―Ron Charles, Washington Post

"Miller's lush, gold-lit novel - told from the perspective of the witch whose name in Greek has echoes of a hawk and a weaver's shuttle - paints another picture: of a fierce goddess who, yes, turns men into pigs, but only because they deserve it."―NPR.org

There are several translations of The Odyssey to choose from. Most of us have read excerpts from Robert Fitzgerald’s translation of the Greek to loose iambic pentameter. I tend to favor Fitzgerald’s translation if only because it is the one I read growing up and it’s the version most often taught in American and British schools. I’ll be re-reading The Odyssey in Emily WIlson’s new translation. I don’t think you need to purchase / read both, but I’d strongly suggest that you read one carefully this spring / summer.

Gareth Hinds is a graphic novelist who has adapted several canonized epics and tragedies, including Beowolf and Macbeth. Hinds’ Odysseus is rooted in the idealized masculinity of the western hero archetype. I don’t see reading the graphic novel as adequate replacement for reading the poem in translation, but it will certainly help with general comprehension, and will also provide a valuable point of comparison when reading / discussing Miller’s characterization. While not required, I strongly recommend that you purchase and read the graphic novel.

If you don’t already know, The Odyssey is the story of Odysseus/Ulysses’ journey from the island of Troy to his homeland following the 10-year Trojan War. The first half of the epic--the story of the Helen, Paris, Achilles, Agamemnon--is told in The Iliad. Interestingly, Odysseus is a relatively minor character in the first volume. Reading The Iliad in its entirety is not necessary. Understanding the basic storyline and Odysseus’ role in the poem is rather essential. For those of you that would like to take on The Iliad before diving into The Odyssey, I’d strongly recommend the Robert Fagles translation.

Both The Iliad and The Odyssey are largely human dramas, but the human characters exist in a world populated and governed by gods and magic. Reading myth will support your reading of Homer and Miller, and enhance your appreciation for mythology generally, as well as its influence on our culture.

The Odyssey: The Fitzgerald Translation (Paperback)